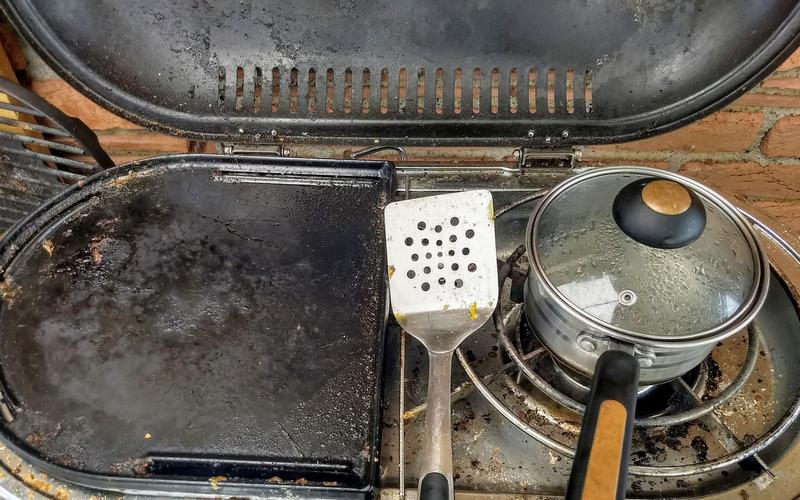 Our grill is called RoadTrip and that’s accurate - we’ve cooked in city parks, state parks, national parks and even a Macy’s parking lot on our road trips. (We did get sent away by security, but at least the burgers were done).

Even when we lived in a travel trailer with it’s own tiny kitchen (you can see some photos of it at the beginning of this video) we knew we wanted an outdoor kitchen - for ventilation and space and because we generally prefer to be outside. So Phillip researched and bought this model, which he’d actually had years ago and liked.

He cooked on it for nearly a year when we lived in an apartment with a full kitchen. And I’m so glad he did, because he perfected pizza on the grill (recipe coming soon) and when we did move into the van, we already knew how to eat from the grill.

It really works for us because we have stovetop and griddle options, too. 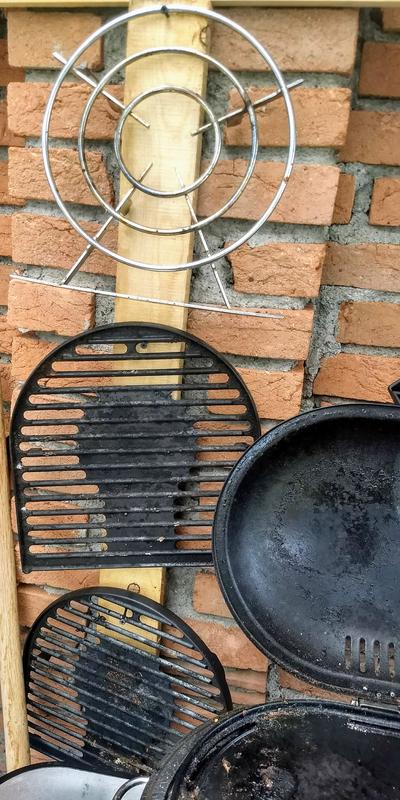 We can heat beans in a pot on one side while we grill peppers on the other. Or heat water for coffee in a pot while we fry eggs on the griddle.

The only thing we miss is baking. We make brownies, cake and crisps in the grill and they’re tasty, but it takes forever and the edges inevitably finish while the middle is still cold. We’ve learned to use the smallest bakeable dishes we have and it helps. (Soon Phillip will build a mud oven and then we’ll really get baking!)

I’ve read grill cookbooks and online tips and if we want better baking in a grill it needs to be a bigger grill: baking needs indirect heat and our small, portable, roadtrip grill is as thin as can be. Definitely couldn’t have pulled a roast-worthy grill out of the van in city parks throughout the south.

Finding propane in Morelia was a challenge. We could find tanks all around town, but no gas. We asked at stores selling tanks, and no one knew. We went a week without hot food and finally broke down and hardboiled eggs in our water kettle. Now we even have a small back-up tank so we won’t suffer like that again:-)

The RoadTrip grill is designed for tiny tanks but with this hose you can use any tank you want.