Hannah proves that you can teach an old dog new tricks. She’s changed more than any of us in Mexico. 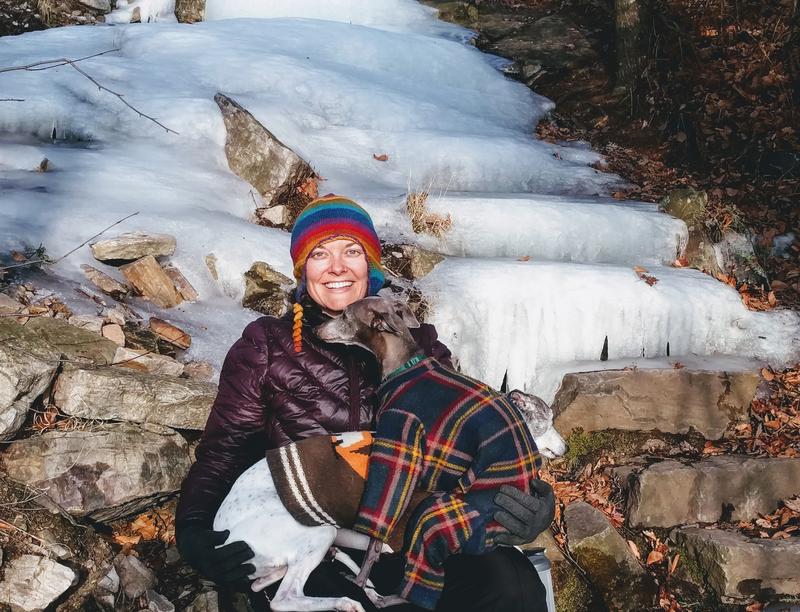 She’s a scaredy-dog, afraid of fireworks, thunder and other dogs. That’s why it took us a full year to adopt companionship for her, and why we were willing to adopt both Booker and Max - because they were the only dogs she wasn’t afraid of! They were NYC dogs and joined us in PA. We all struggled with winter.

Hannah’s favorite foods are bread and kefir. She loves salchichas and other meat, but she’s a carb fan. Hannah is seriously the most gentle dog - unless there’s food to snatch.

Hannah joined Phillip’s family eight years ago, when she was two. She’s devoted to him, and prefers to have direct line-of-sight with him at all times. And that’s enough. She doesn’t need cuddles, just eye contact. Unless there’s thunder - then she tries to climb inside us. 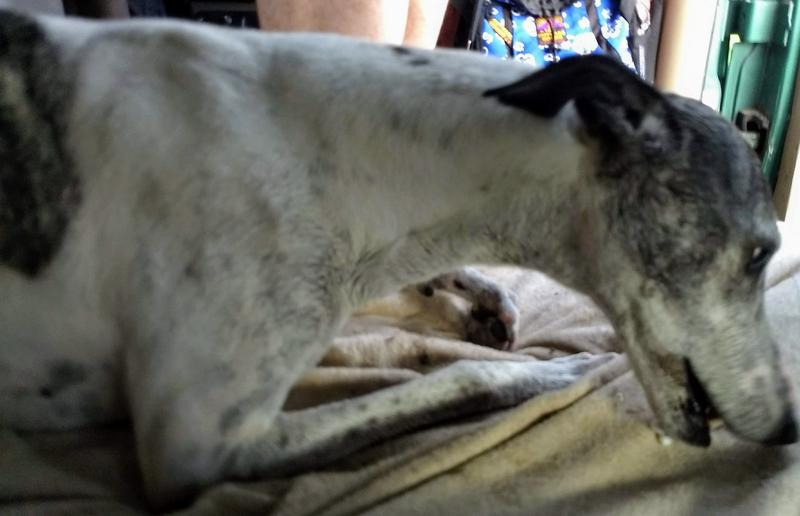 When we moved into a travel trailer she started sleeping at my shoulder. Maybe she didn’t like her bed spot?

When we moved into the van she got became bone-obsessed. No longer does she chew bones - now she just hides them. She’ll bury and rebury them all day, with a filthy face. Or she’ll bury them in the blankets and we realize what’s happening when she doesn’t want to get out of bed. (Usually she’s the first to get up with me in the morning, so she can do her first rounds).

Perhaps because she was used to living with brave Oliver, Hannah was always timid. But when we moved to El Terreno she became the guard dog. She actually barks! She never barked before! She barks at the neighbor dogs or strange noises in the night. She runs the perimeter to investigate changes. She still adores all people, so she’s not a typical Mexican guard dog who terrorizes potential thieves.

Hannah is a great hiker. Like most whippets (or anyone in the greyhound family tree) she can sleep all day and be fulfilled. But she never turns down a hike, and she never wears out!

She’s the strongest and healthiest of our dogs and we think she knows it - that’s why she performs a few brave tasks, and strives for self-sufficiency. When we pile into the truck she goes right to sleep in the back (unless everyone else sits on her) while the gray dogs and the kittens walk on us and snuggle or whine.

She rarely initiates contact with any other dog but Booker lounges on her and she never moves away. She’s our easiest pet (though the reason we ended up with the other dogs). Except that even with her buddies she hates being without her people, and has destroyed bits of the van trying to escape and find us - but only once in awhile on some mysterious schedule.

What a dear she is! I love reading and re-reading this post.