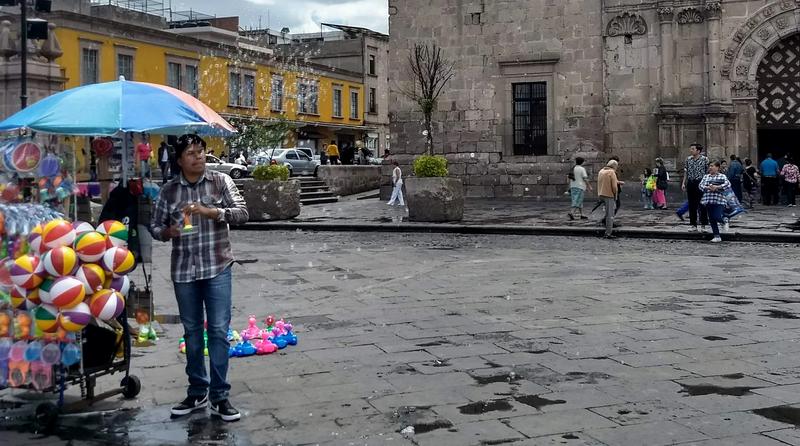 Guess it’s an urban legend that the British invented red tape in India. Seems like Mexico wants to win the beauracracy competition - but I bet that’s what we think about whichever country we’re living in.

Travel advice for US citizens in Mexico: skip the temporary resident permit and leave the country every six months on the free, simple tourist visa. You don’t need to apply in advance - just show up by land, sea or air with a valid passport.

We decided to apply for temporary resident visas and we regret it. Consulates in the US are confusing and hard to contact I think it must be intentional - to cut down on their workload?

We had the (seriously mistaken) understanding that the worst was over once our visas were approved in Atlanta. “Just go to the office in Morelia within 30 days, pay for 1, 2, 3 or 4 years and get your cards” was the consular’s advice - and why wouldn’t we trust the friendly, helpful, posh consular?

A year in Mexico, went by in a blur

After six visits we had temporary resident visas. I won’t relive the misery by typing it out; you can empathize if you’ve ever lived somewhere you barely speak the language or if you’ve tried to accomplish something through proudly-beauraucratic channels–then combine the two. Plus, the dogs were usually waiting in a hot car, or I was by myself while Phillip stayed home with all the animals.

We ended up paying nearly US$1000 more than we should. We, believing the friendly, helpful, posh consular in Atlanta, paid for 4 years because it was cheaper than paying for 1 year four times, and we figured, why go through this hassle again? Let’s get as much time as possible on our first visa.

Though it was an option in the paperwork (kinda, not worth explaining here) to pay for 1, 2, 3 or 4 years, turns out we were only allowed to pay for 1 year. Apparently, after the first year we could choose to pay for additional years. Still don’t understand why the 4 year option even appears, since temporary resident visas are only approved for up to 4 years at a time; if you have to pay for 1 year first, then paying for 4 years would be 5 years on one visa….?

We couldn’t get our money back until we finished the process and got our cards. So we had to pay for 1 year (each), then make another visit or two to immigration in Morelia, and finally they gave us an official letter saying we were owed the ~US$1000 and to take it to an office in another part of the city. Giddy with the impending end of this debacle, we found the right part of town, drove around for parking, left the dogs in a semi-shaded hot place where we might or might not get towed, and walked to the office.

Confusion, suspicion, fast Spanish, armed guards, finally we were in a room full of young people and computers, with no idea what to ask for. A half hour later we had an address of where we needed to go to get our money back. We pulled up Maps and started typing. En Ciudad Mexico, en D.F. Oh. Mexico City, four hours away, a place we’re probably not allowed to drive the van (complex driving laws due to pollution and overcrowding).

How would this work? One of us go at a time, by bus, while the other stays with the dogs? Though we’re legally married, we have separate paperwork for all of this (changing our names might have helped with that, though we can’t tell) and making separate trips seemed like the best option. Find out in chapter 2!