We don’t have electricity here. That is, we’re not on the grid. We do have solar panels on the roof of the van and they’re enough to charge our laptops, phones and toothbrushes. But not enough to run our freezer, it turns out. Phillip picked out this freezer especially to work with our solar panels and inverter, so we’re disappointed. It’s using as much as three times the energy it was supposed to. In part because we have a problem in the inverter? In part because we’re changing out ice packs a couple times a day to use our cooler as an ice pack?

We turn everything off at night (you know, no sun, no power). But now that we’re in the cloudy rainy season we don’t have enough solar power until afternoon to turn the freezer on. Since we depend on the freezer for ice packs for our cooler (ice box) and have food stored in the freezer too, we’ve been running the van at least once a day this rainy season. 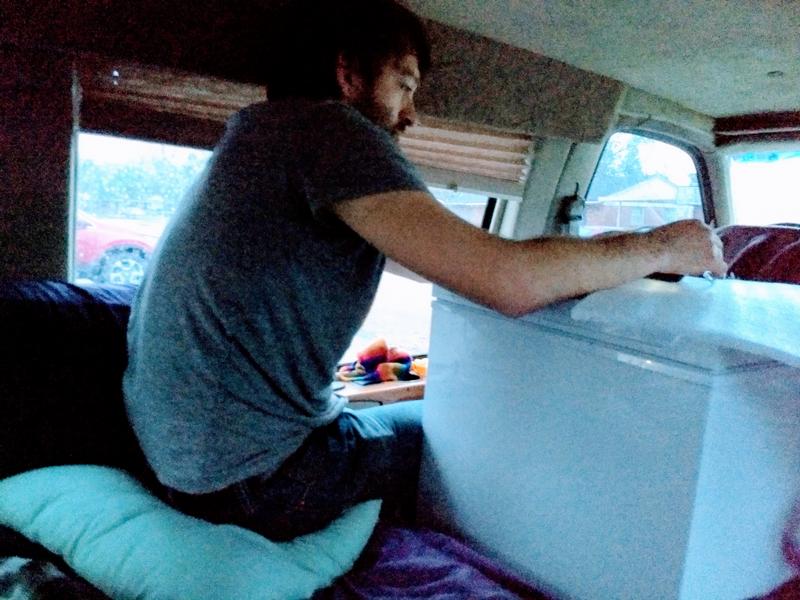 We’re not driving the van (it’s holding up a shade cloth and we just don’t want to take it out on the rough road until absolutely necessary) so when we run out of gas in the van we bring it in a can. Neighbors’ trash ends up in este terreno a menudo and recently we found a funnel - thanks, neighbors:-) 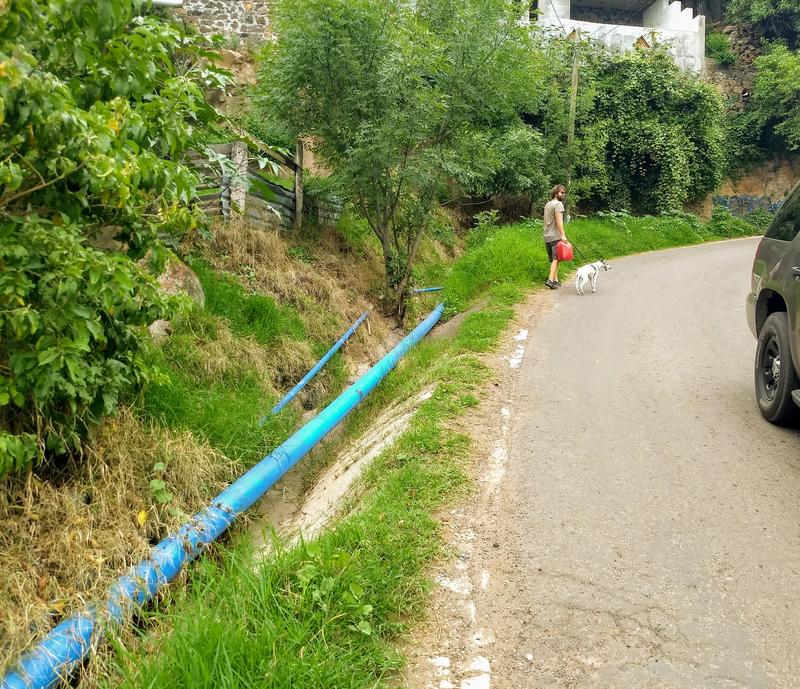 Phillip is researching options: new panel, different inverter - even a different freezer? Probably the first two soon and leave this freezer in Mexico (it takes up so much space and when we have to cram all our belongings back in here…) and get a new one in the US eventually. We did take the freezer out of the van so it gets better airflow, and Phillip has a plan to wrap pipe around its hot motor to heat water and cool the freezer.

Everything else he thought we could power from solar panels has worked out. We had to buy an expensive extension cord to move the freezer out of the van, but now we can use the electric kettle, immersion blender, and any other electric device outside the van. I can’t explain how wonderful that is - just try crouching on your knees while making coffee or blending hot chocolate leaning over a freezer and ducking your head with animals around.

We use solar power to grind coffee beans, heat water, humidify the van or use our immersion blender making chocolate and finally bought a low-power blender so our guacamole is better than ever, and we can put squash in everything! 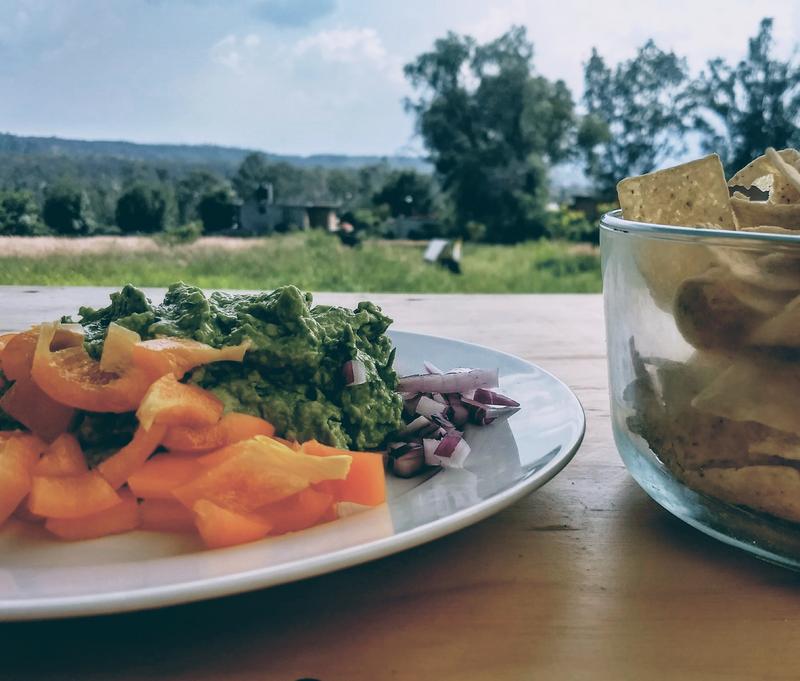 We have internet now and the router and antenna are easy to solar power even on a cloudy day. 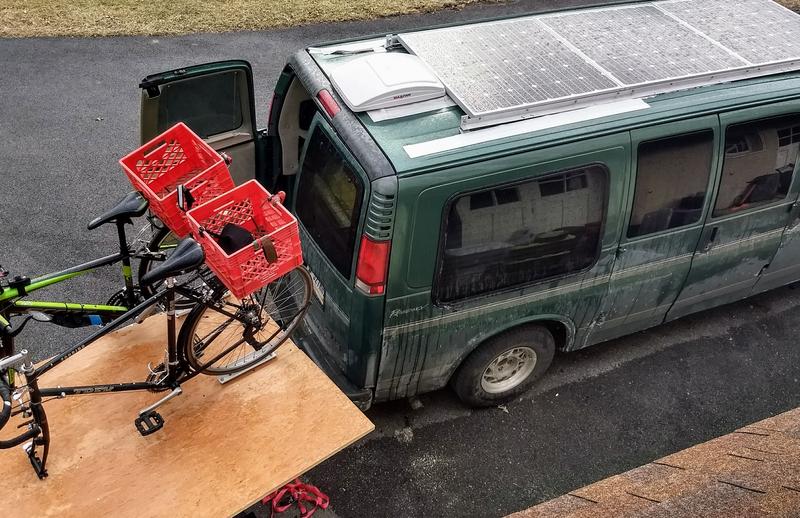 Oh, two more appliances that I nearly forgot since they’re rather invisible:

The only things I miss are our food processor and instant pot. Eventually we’ll build an adobe oven and that will make it possible to bake well again. (We do keep baking, but sometimes not well.) And someday a solar oven will allow us to cook dry beans. For now we’re buying canned.

We might end up with electricity through the power lines - they’re already there (see photo above) and our uncle has to pay a rural electric fee each month just cause the lines are there.

But an official electrician will need to come out and install it onto this property according to specific specifications, and we’re not interested in taking that on. We’d rather keep learning how to live off-grid. Especially now that the freezer is out of the van.

That’s really a bummer about the freezer not working the way it should :(. I wonder what the ground temperature is there. But even if you knew, with all that limestone, you wouldn’t be able to dig down in. In-ground was our first refrigeration system.

We definitely like that idea - and with an excavator we could do it! Well today we at least moved the freezer out of the van with an extension cord so it should get more airflow. And Phillip has ordered a new inverter.

that air flow should be helpful, i would think. tho w/ an extension cord, don’t you add resistance or something like that? (I really don’t know anything about how these things work…..)

Yes, an extension cord adds resistance. That’s why I bought the thickest, and most expensive, cord at the store. It adds about one-half-of-one percent to the power use, so moving the freezer out of the van is over all a power savings.