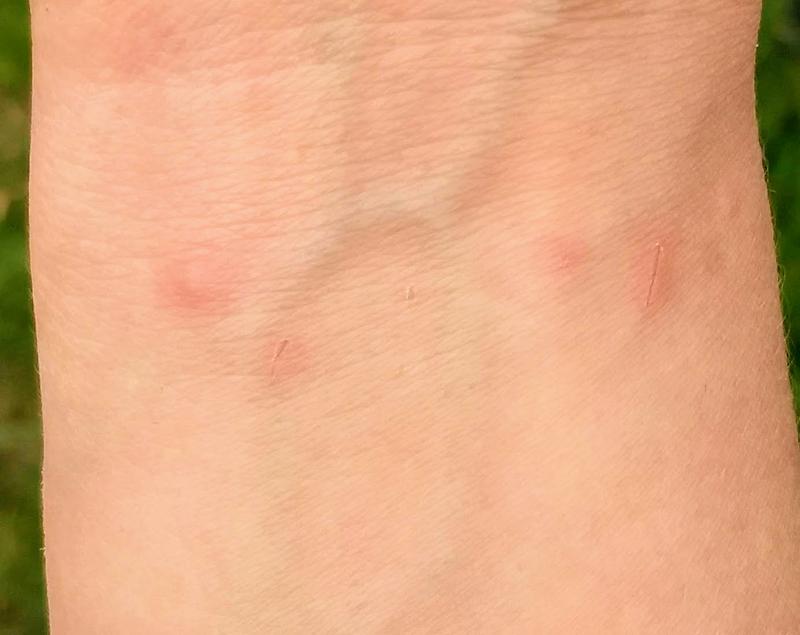 Thankfully, Max is better (for now) and sleeping through the night! Poor old fella has gastritis and when it flares up he pukes. A lot. We wake up to wretching and one of us bolts quickly and carefully out from under a couple kittens and a couple dogs to pick Max up gingerly (he’s sore all over). We have to both crawl (under the low van ceiling) and not land on any animals. It’s ridiculous and we’ll definitely get a taller van for our next home. Usually we can get Max outside before anything comes out.

But even without Max’s wake-up alarms, we’re not sleeping much. Between the cats, storms and mosquitos we’re awake and annoyed throughout the night.

It’s wild how much motion a kitten or two can create by jumping on a van roof. The first few times they did it we thought a wild dog was trying to break in but these kittens are each just 1.5 kilos! When they moved in with us they were each less than a kilo and when they jumped onto us from the net in the middle of the night we could barely feel them. These days it’s a real thud and the cuteness is all gone.

We are using a mosquito repellant that works pretty well…when we can get it to burn.

It’s this style, but much cheaper when we buy them at Waldo’s a dollar store chain in Mexico. Of course, they won’t stay lit.

Luckily we have this metal plate left behind from taking seats out of the van, so we have a relatively safe place for fire in the van. And we have a fire extinguisher, too!

I really want to cut out the middle man (me). I’m covered in mosquito bites and cat scratches - why can’t the cats just scratch the mosquitos and everyone leave me alone?

Anyone have experience with mosquito repelling bracelets? I’m unwilling to spray anything stinky on me or the van, that’s worse than mosquito bites.

After one particularly sleepless night, in which I sacrificed a whole arm to Gris’ teeth and claws to keep him from pouncing on Max too much, we decided it was time to kick the cats out. That night, Max got us up to pee at 2:30 and Booker around 4. The cats jumped in the van both times so we had to pick them up and put them back out. I felt so mean! And so tired.

All in a night’s work at the dog retirement home.

Are you able to take a decent afternoon siesta?

It’s stinky, but citronella is a very effective mosquito repellent–a dab on the skin, or a bit on a rag would deter them. But you probably don’t want that overwhelming aroma . . . and it might exacerbate Max’s problems.

I miss Teddy terrifically, but there’s a lot to be said for an uninterrupted night of sleep!

You know, I’m just not a good napper! Every once in awhile when it got quite hot in the morning I had a chance to nap, but not really now. But I wonder if I could learn how. I think about all the scientific findings about lack of sleep and disease. Gees.

Citronella is a good idea! We have a couple tiki-type torches with citronella but can’t use those in the van - but we could put one right outside the door. And we bought a citronella plant today and can start making some things with that!

Mosquitoes love me, and I loathe them. I’m not a fan of the stinky bracelets, but I do use an Off clip-on. It’s a battery powered fan device, with replaceable repellant cartridges.

For those lucky cats, what about a screen, mosquitoe netting, or scrap fabric “doorway” in a window? Cats are so smart, you could teach them to jump right through as a game during the day… Probably would have to position something for them to hop up on to get up there, or maybe a plank of wood as a catwalk?

Sleep deprivation is no joke, and I’m a big believer that sleep is sacred. I know you’re “roughing it” but whatever you can do to ensure a better night’s sleep is worth it! Peace be with you! ❤

Great idea Sherry - we have screen and magnets and can try it tonight! Would be a fun game/challenge to train the cats, too. Do you imagine a cat-size part cut away so they can get “through” it?