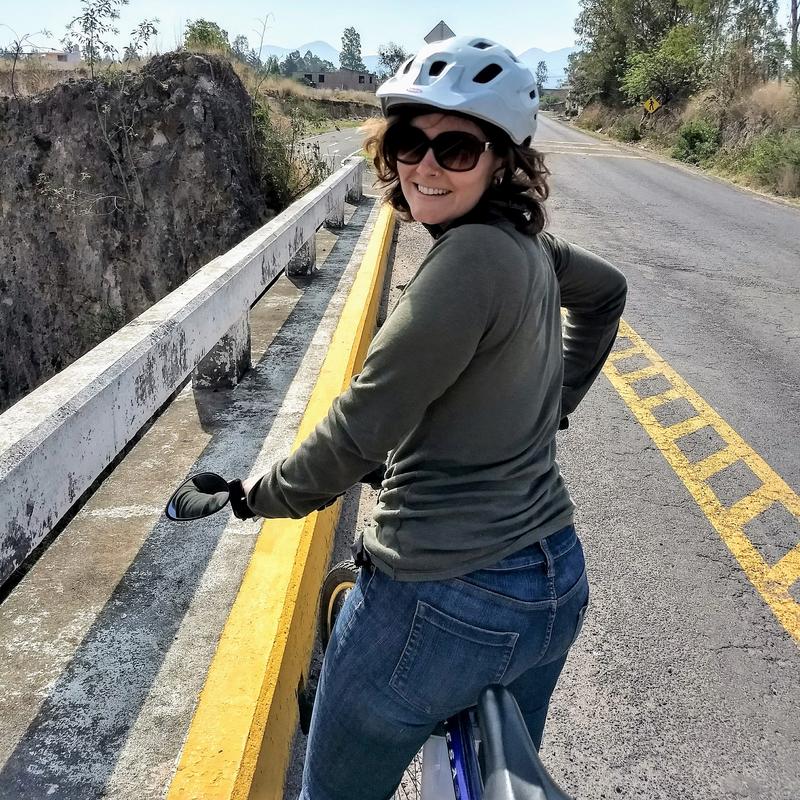 There are few bike lanes or paths in Morelia. In the city center there are a couple divided lanes for bikes.

But they’re short and have never been on my way to anywhere.

There’s a long bike path near El Terreno which gets plenty of use, by walkers, bikers, dogs - occasionally horses, 4-wheelers and even cars. Seriously, I watched someone in a compact car use an unofficial access ramp (roadbank) to take the bike lane as a left-turn lane into a business. 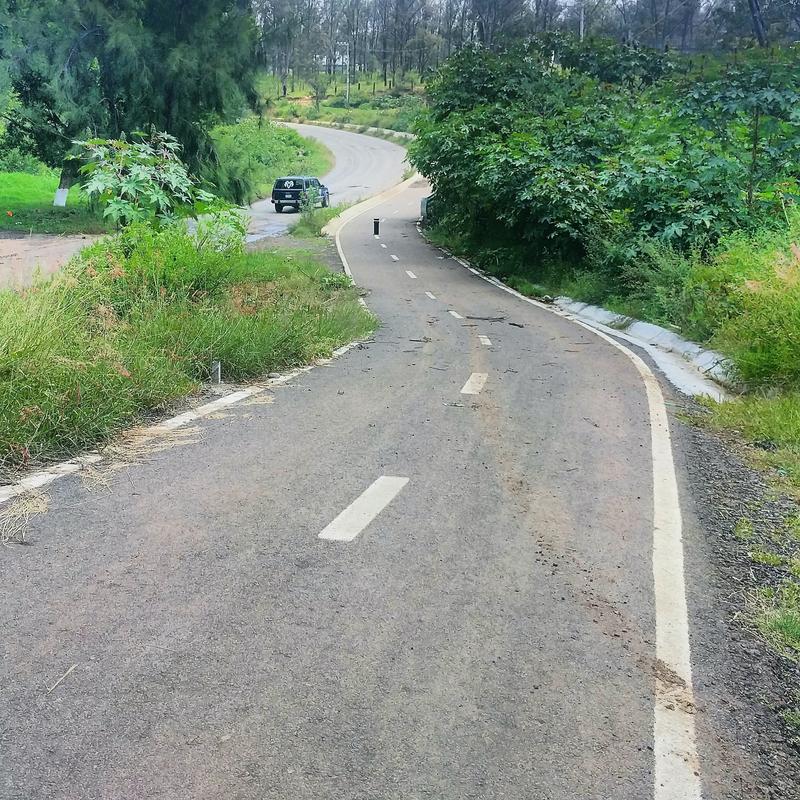 (Access is near the car in this photo - not the driver who made this reckless move.) S/he wasn’t on it more than 200m but that included a steep hill (so if I’d been on my way home already I might not have seen them as I biked down that hill). 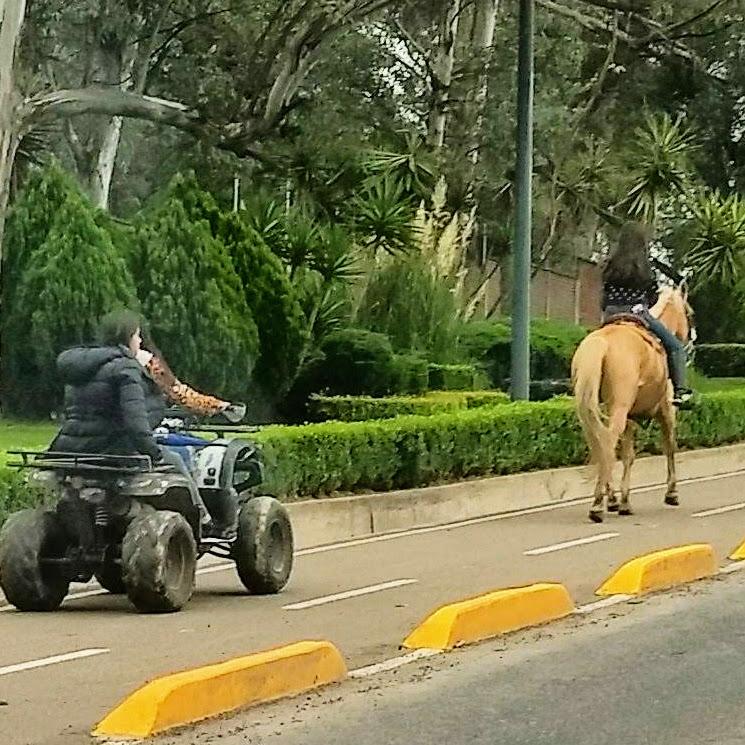 We could bike our terrible road, down the scariest hill, through a neighborhood, and take this bike path to the edge of Morelia. But then we end up on La Huerta which is our absolute least favorite place to bike because along with the inevitable potholes,topes, aggressive drivers and rarely-used-turn-signals, the traffic moves fast here.

So we bike our terrible road, down the scariest hill, through a neighborhood and then one more neighborhood to use a back road onto La Huerta and spend a little less time risking our lives.

When we stayed at my uncle’s house and biked into the center each day I enjoyed the rides and found moving in traffic was common-sensical and not too scary. The worst part was definitely potholes and topes because if I fall I’ll be roadkill. Traffic is tight here. But at least in the city it’s tight and fairly slow.

Back to this long bike path: we do use it when we, first, bike through some fields, 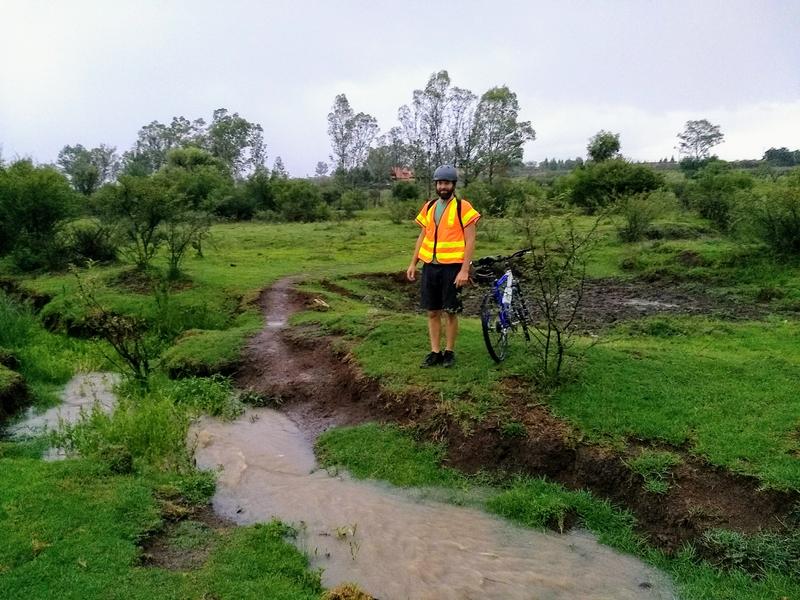 toward UNAM (where my uncle teaches) and then travel up the hill to a hardware store. Check out a few fun bike hauls. 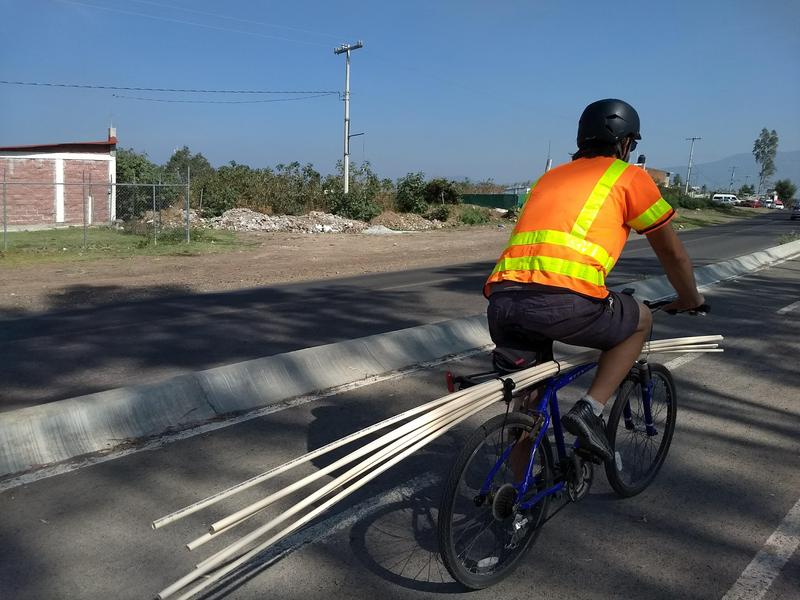 And we use this bike path to go to Presa de Cointzeo, which means uphill for most of the 8km until a big downhill to the lake. 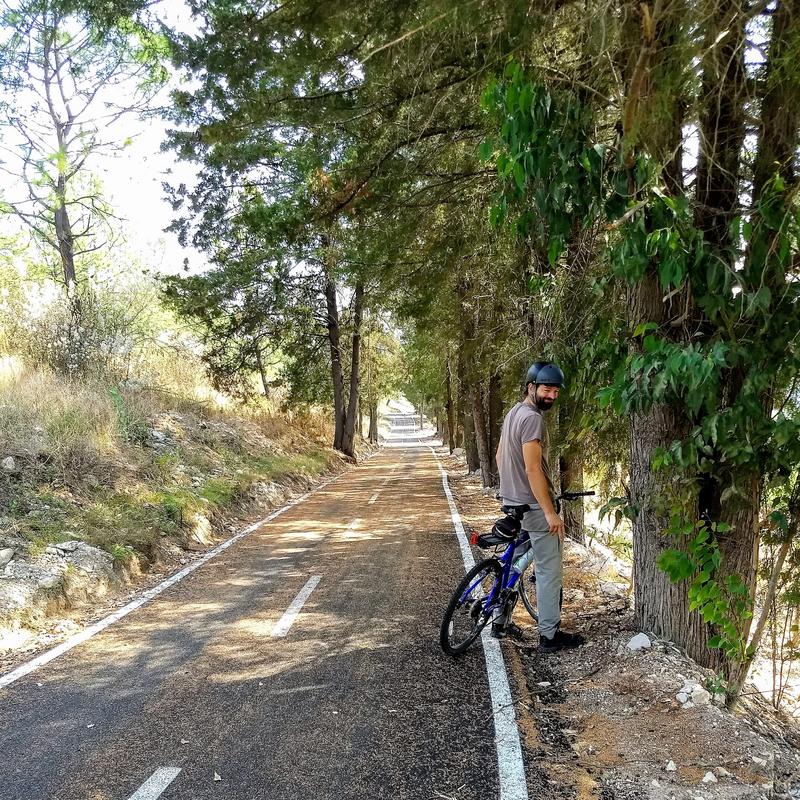 Happily we can pedal on for another 2km until the bike path ends. But someday it should go all the way to the fun town of Patzcuaro. If it wasn’t for the dogs we might bike to Patzcuaro for a weekend once in awhile - it’s a charming place! But they hate bike rides, even in their snazzy trailer. Booker doesn’t mind if he gets to ride in the carry bag, but I usually want to put a hand on him when I bike with him in the bag, and Patzcuaro is 50km away.