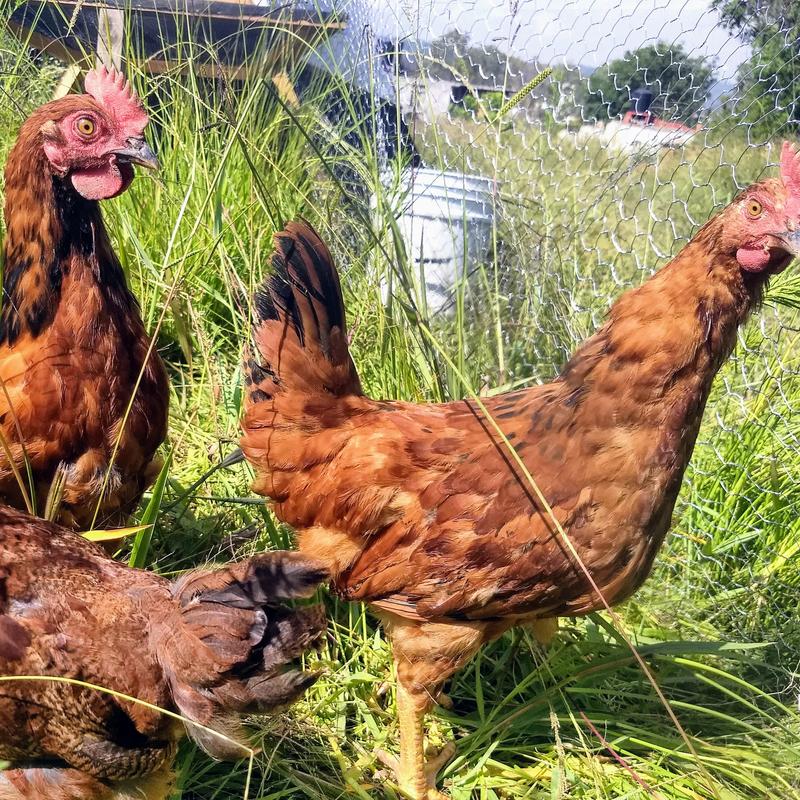 Phillip puts a lot into our chickens, from crawling around in their poop to fix his homemade feeders, to refilling water 5 times a day in the heat. 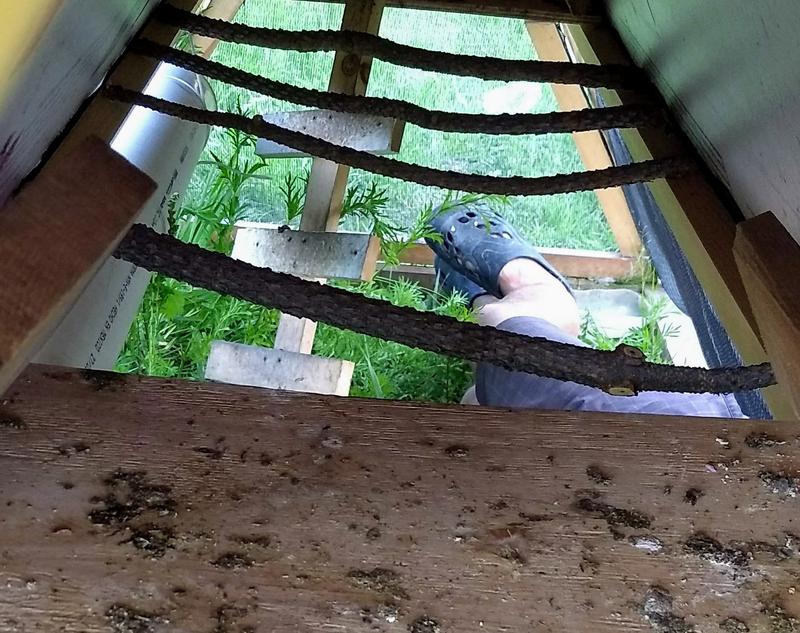 He moves their home and yard every two days, he rebuilds the house as they peck it away. 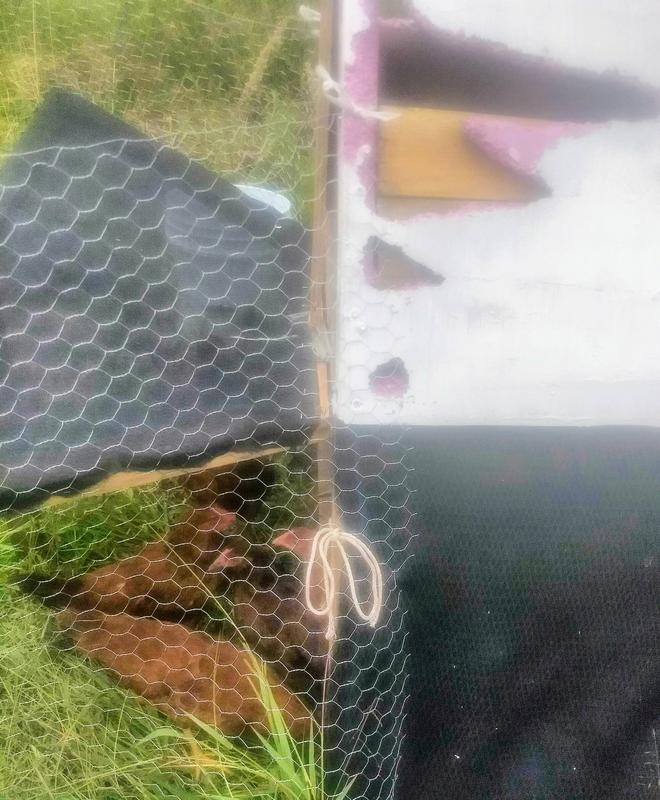 This week his service extended to a place we hoped it would never need go. A canine visitor killed one. Now, the last time that happened Phillip tried butchering it but quickly realized there wasn’t enough meat to bother. Now they’re virtually full grown. So we boiled water. 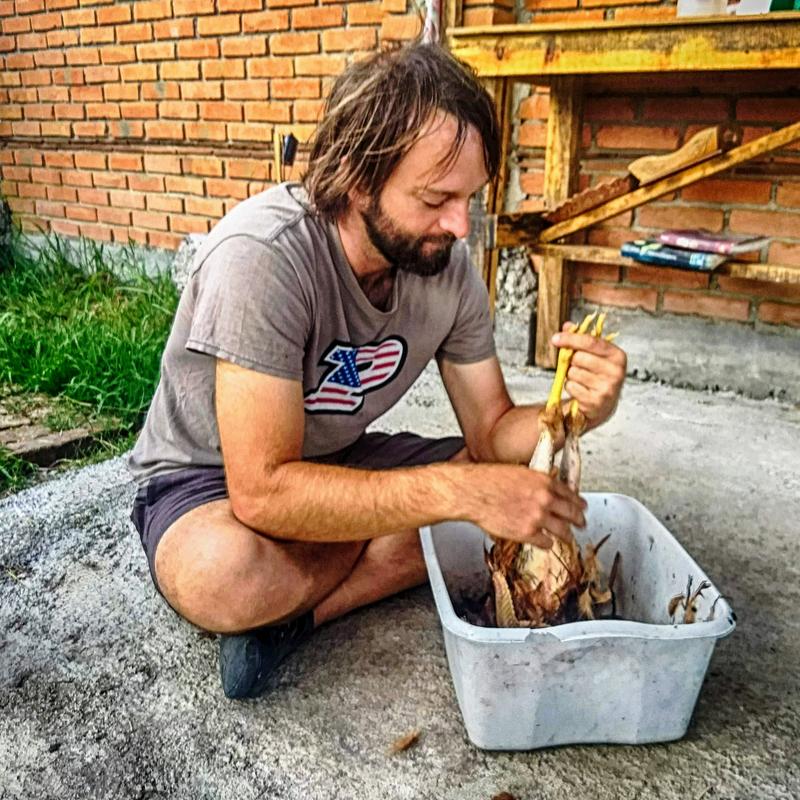 He made quick work of the feathers, then carved it up based on a youtube video. I made this picture really small if you don’t want to see a chicken carcass. You can click on it to enlarge. 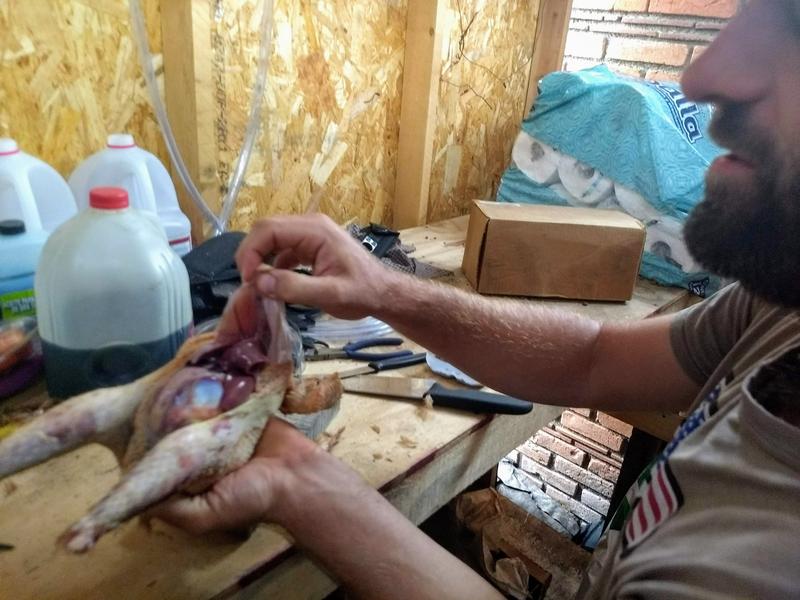 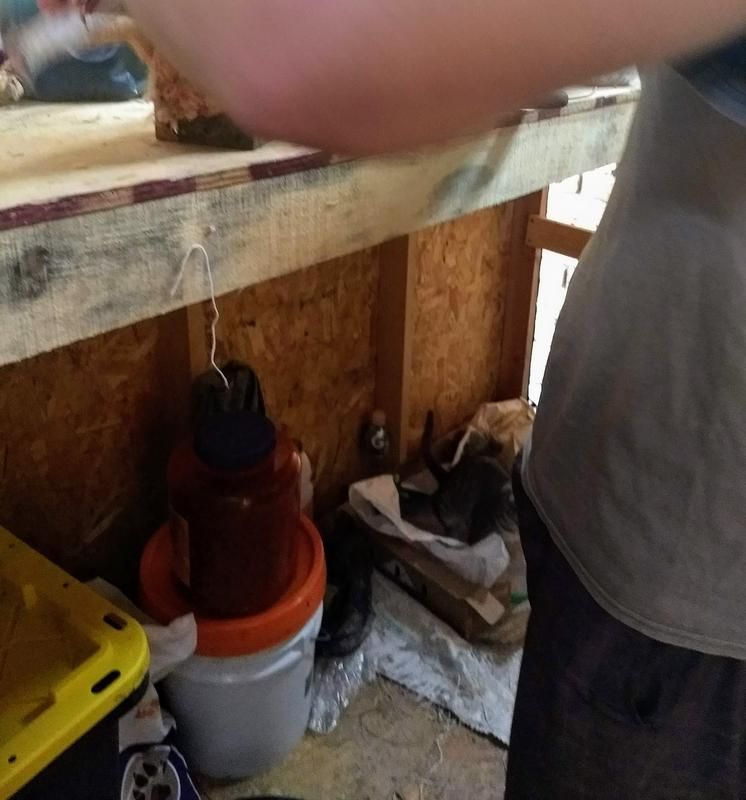 We thought we’d toss it on the grill that night, but the internet says to let it rest (brine is good too) for at least 48 hours due to rigor mortis and other chemical changes in the muscle. What next?

We’ve lost three hens to dogs and one to other chickens. Roosters probably aren’t smaller than hens, so the dogs must go for the slightly smaller females. Bummer. We have no use for three roosters and will probably butcher one and give one away. Too bad the dogs don’t share our vision.

Still, the chickens have many reasons to celebrate.

Thanks for making that one photo small. :)