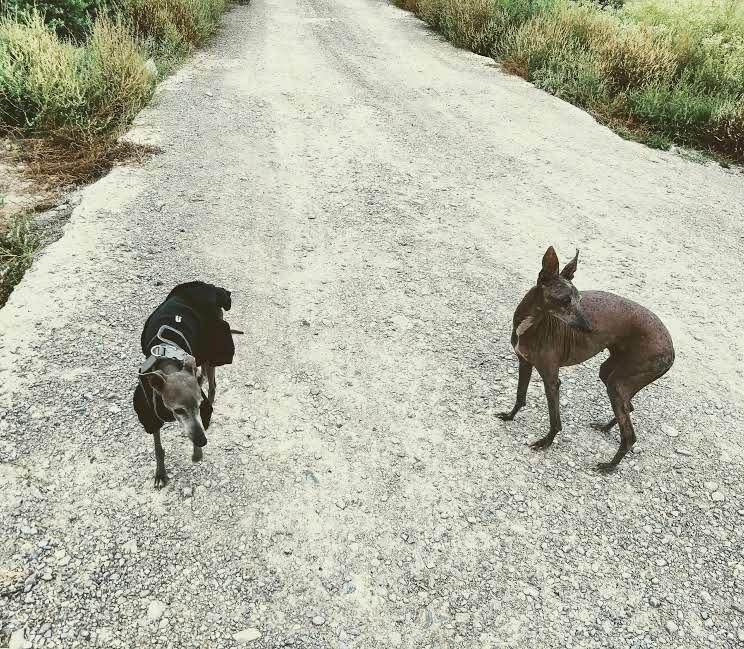 Our longest driving day (hopefully) was Saturday, leaving Morelia. We stopped for bathroom and gas only. This unofficial rest stop was far enough from the highway that the dogs could roam a little, and we joined other humans (we saw evidence) in using the building ruins as a bathroom.

Over breakfast Saturday morning, before we began our trip to the US, I told Stan & Edith we’d probably come back with two dogs. Booker and Max have dabbled in end-of-life since we adopted them in June 2017! Our Morelia vet has given them more time and quality of life. 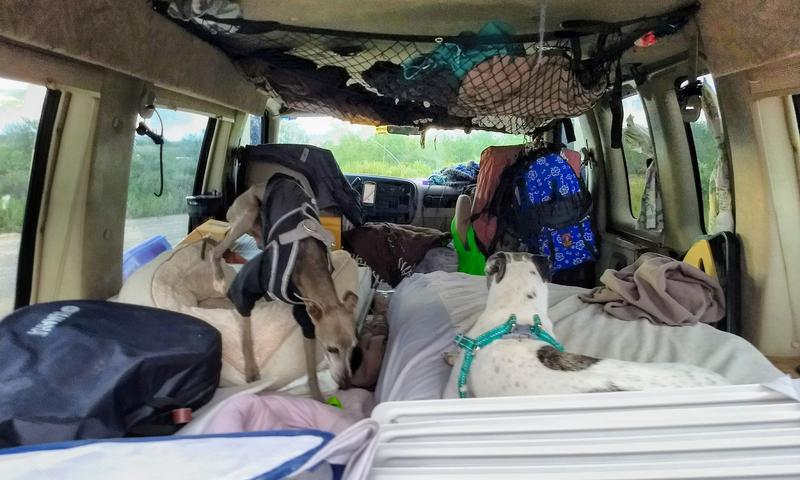 A few minutes after we got back in the van Booker had an episode - cardiac arrest, we believe - going stiff, then limp, losing control of all body functions and muscles. We resucitated him by rubbing his chest vigorously. He was breathing again. We got back on the road, but a few minutes later he stopped breathing again. His tongue and gums were purple, then a sickening gray. No oxygen.

We frantically tried to contact our vet to ask for advice, especially about whether or not to give him the two meds we have for scorpion stings. Our signal wasn’t great, so my sister helped us look up info on the meds (one steroid, one antihistamine) and we gave him 1/2 doses of each, along with lasix (one of his three heart disease meds). (Ten minutes later, vet did give us the go-ahead, and then condolences. He’s been a wonderful vet.)

We rubbed and rubbed and it seemed like he was breathing again, but soon he stopped, for good. We couldn’t do anything else, though if there had been a defibrilator nearby I would have tried. I think the signs of life/hope I’d seen (gasping, for example) were part of dying, not his body trying to live. But we’ll never know. 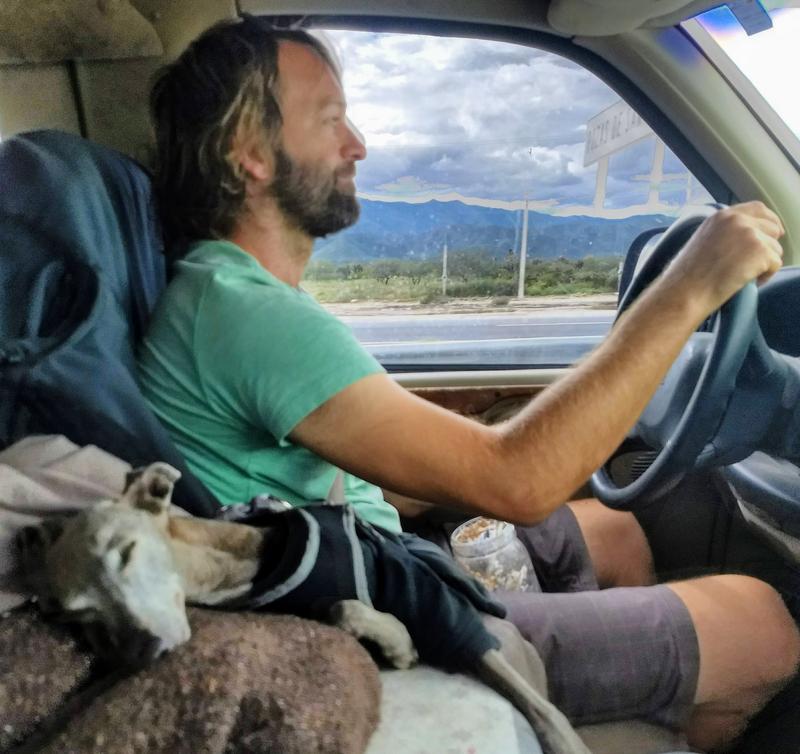 I mean, that’s how he spends most days, but really he had been extra lethargic lately, and on his last day we could barely get him to eat to take his medicine. He was done. But we wish the ending hadn’t been prompted by an ant bite! I had hoped he would die in his sleep, with no pain or fear.

Booker’s death means the world has measurably less joy in it. He was pure delight and sweetness. Our laps will be chilly for a long time, because they bear his delicate, light imprint. Our bed will be a little more empty, a little less pee’d on, and while it won’t ever be sour, it won’t be as sweet.

We were two hours from the next real town (Saltillo) where we planned to spend the night and ten hours from home/Morelia. What to do with Booker’s body? Could we take it to TX and bury it in my cousin’s yard? But what if the border agents discovered a dead dog in our van? 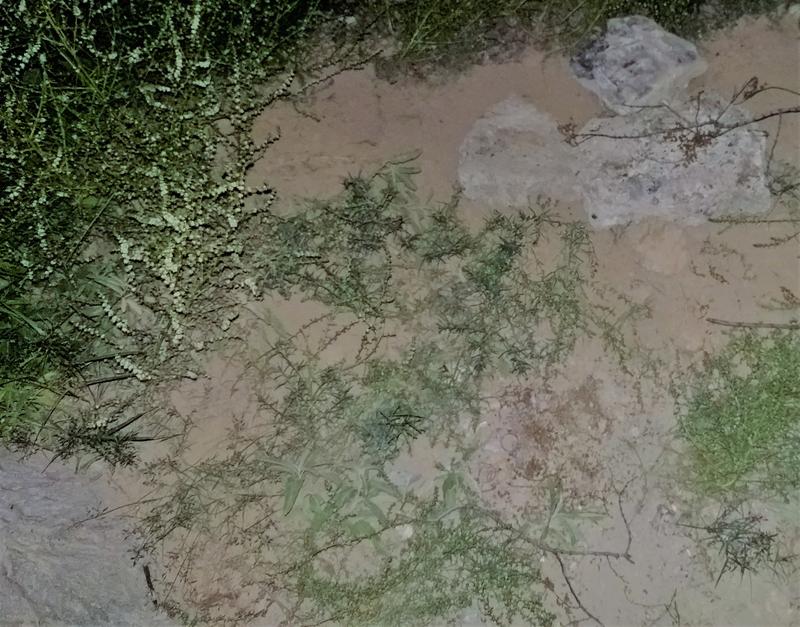 We returned to the peaceful, unofficial rest stop and found the prettiest tree, a good distance from the ant hill. By this time it was dark, so we took turns holding a light and digging (with a tire iron). Hannah smelled Booker’s body, then went back to bed. Max stayed with us - because his companion of nearly 14 years was there? Because he couldn’t find his way back to the van?

The moon shone as we said one layer of goodbye. Ads we found the tire iron in the thorns, the moon had disappeared. 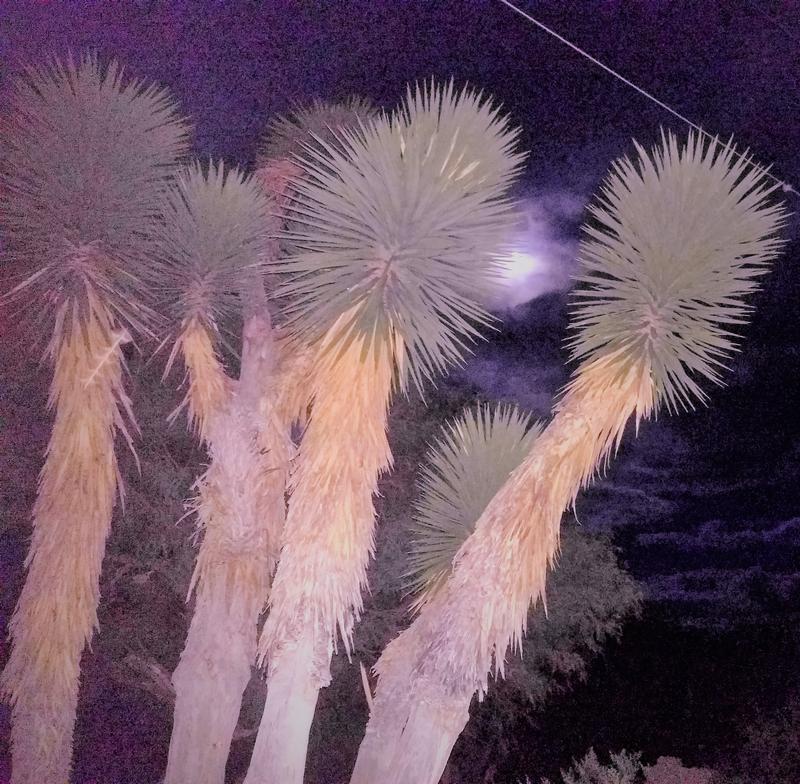 Since we met, we’ve buried a dog in each place we’ve lived: Sula in Lafayette, Oliver in Huntingdon. We would’ve liked to bury Booker in El Terreno, a place that matters to all of us. 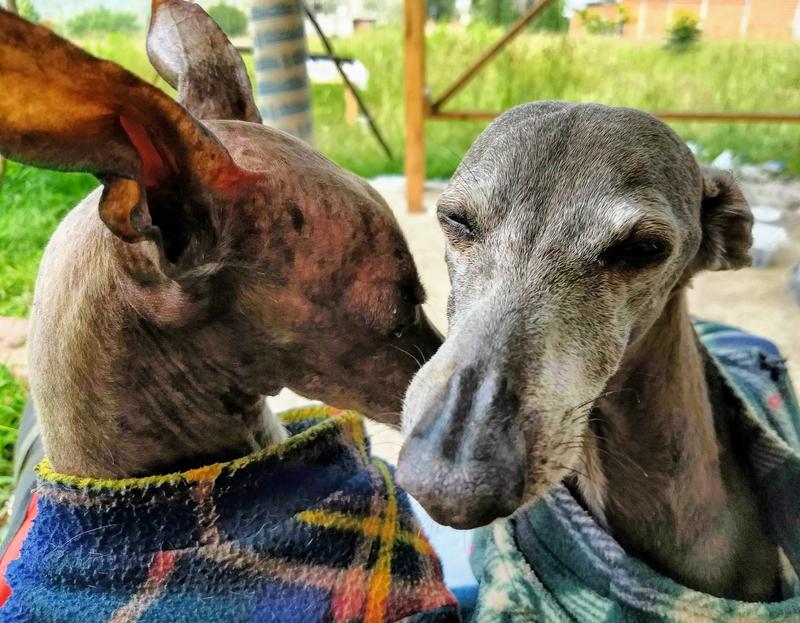 Max is healthier than he’s been in the 18 months we’ve known him, even at age 14! (Thanks to our great vet here.) Will he leave Mexico a second time with us? 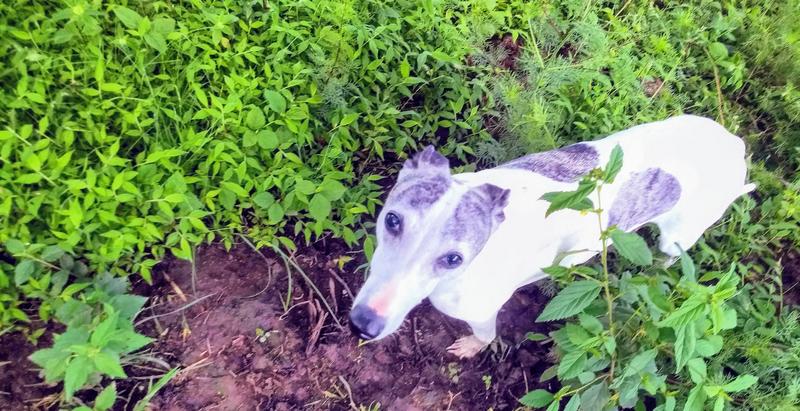 Hannah is tough and strong at 10-years-old, but as we learned when she had a stroke-like-episode a couple years ago, that can change in a moment.

We adopted the gray boys to keep her company after Oliver died, since she couldn’t tolerate being home alone (even after a year!) and would use her face to break out of the house, apartment, trailer, van (wherever she was). But they haven’t helped her much; she’s a people-dog. We thought it was smart to adopt dogs older than Hannah, not wanting to sign on to brand-new dog lifetimes. And it will be easier to travel, visit family, live our lives, without dogs. In the meantime we have more goodbyes.

so glad you got the video and photo in the last hour of Booker’s life!

Seriously! What a treasure he was!