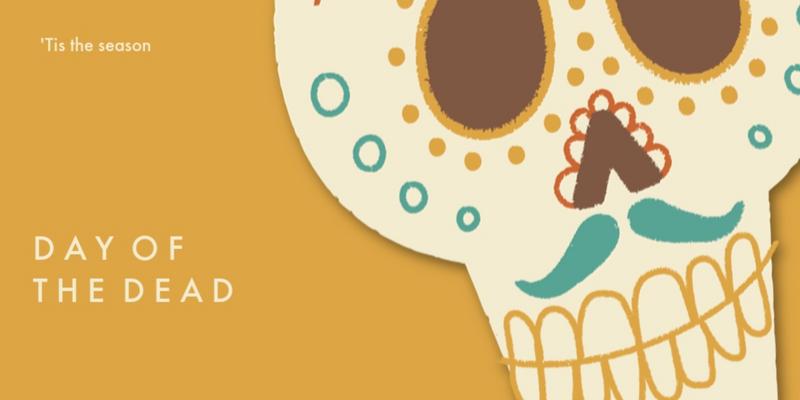 The Day of the Dead, like virtually all holidays, is an excuse to eat extra sugar and buy extra stuff. We saw plenty of tasty-looking pan de muertos and sugar skull paper plates before we left Mexico. It looked good! I don’t mean to be entitely cynical about holidays, and we are disappointed to miss the art.

Since Booker died as we left Mexico we spend this Day of the Dead celebrating his life and praying for his everlasting peace. Any dead loved ones can be remembered, celebrated, and encouraged in their eternal life at Dia de Muertos, but especially those who died in the past year. 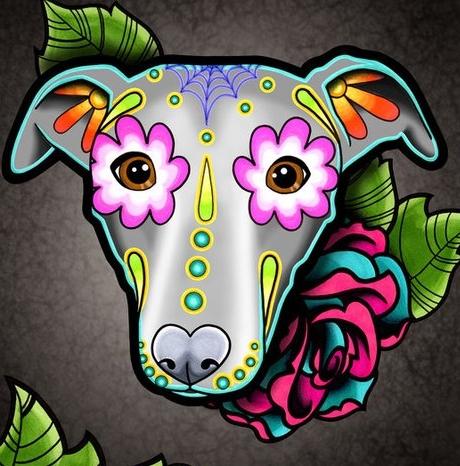 We won’t go as far as building him an ofrenda (altar) though.

Holidays change over time, e.g. Dia de Muertos used to be a month-long celebration around August before Spanish conquistadors showed up. Eventually the people moved it to coincide with similar Christian holidays. 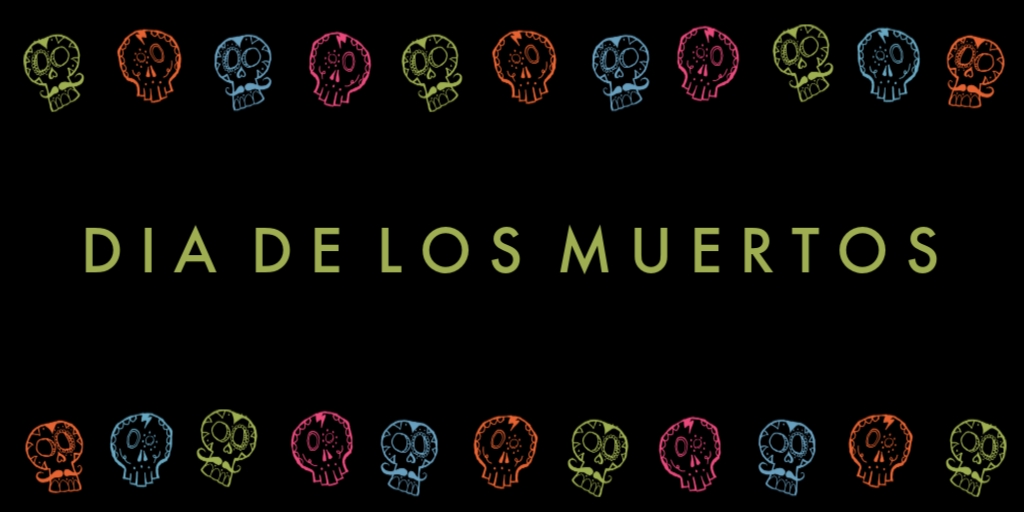 Mexican printmaker, cartoon illustrator and lithographer José Guadalupe Posada used skulls calavera in his satirical art, and created La Calavera Catrina or Catrina La Calavera Garbancera around 1910. This “elegant skull” is an upperclass woman, representing “those Mexican natives who, Posada felt, were aspiring to adopt European aristocratic traditions in the pre-revolution era. La Catrina has become an icon of the Mexican Día de Muertos, or Day of the Dead.” (wikipedia) As far as I know, the irony is lost, and Catrina dolls seem like a Barbie-type doll to do fun art on.

The skull art is fun, though. 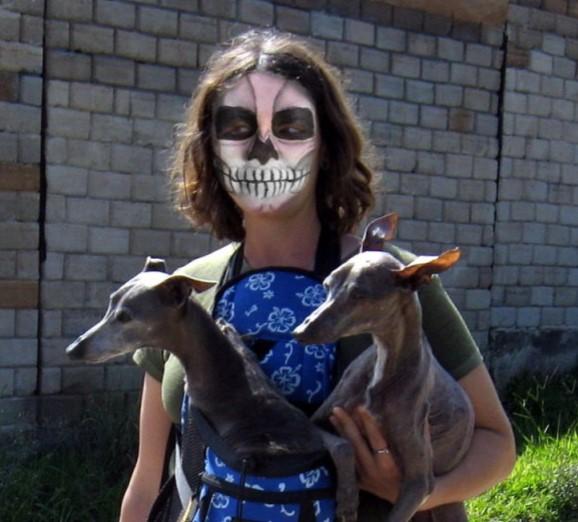 Grateful to spend this Dia de los Muertos with Hannah and Max.

And Booker, enjoy snuggling with Oliver! 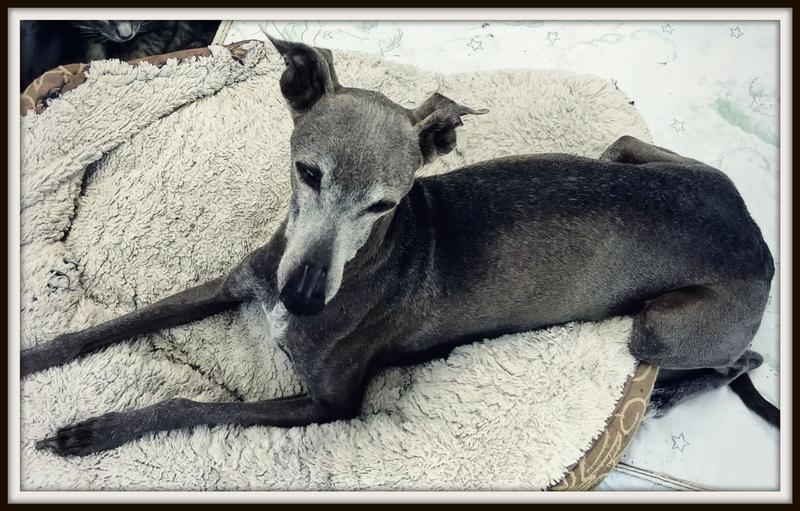