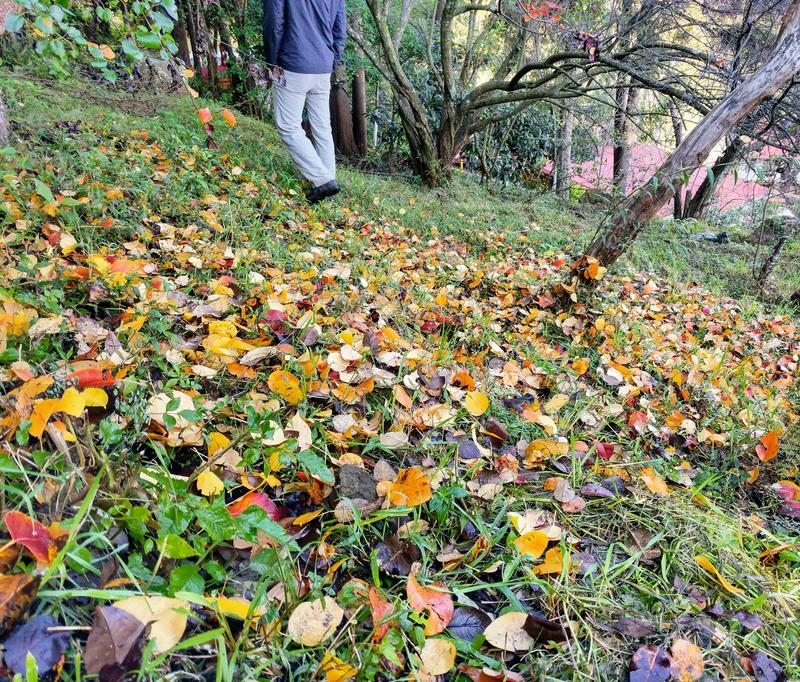 Remember when we biked home with bags full of pears, as payment for permaculture consulting on a chemical-free pool? If not, read about that.

Janet called us back for squash, lemons and guayaba. Most of the guayaba will go to the chickens (they’ll love the bugs more than the fruit) but we brought home a bucket each of chayote and limón real.

We started by gleaning the ground, then reached into the trees - for the chayote, too, since the vines have spread throughout this orchard.

Poking things with a stick worked un poco but when Phillip wanted to jump from the slippery, rockery, incredibly steep ground up to grab a fruit, I said no.

The video isn’t great; I was holding my phone in one hand and poking with the other.

I don’t know what that watermelon-shaped-and-sized squash it, but we ate it that day. Maybe an overgrown calabacita or Mexican gray squash?

The chayote tastes wonderful raw or cooked, but we especially like it cooked it cinnamon water. 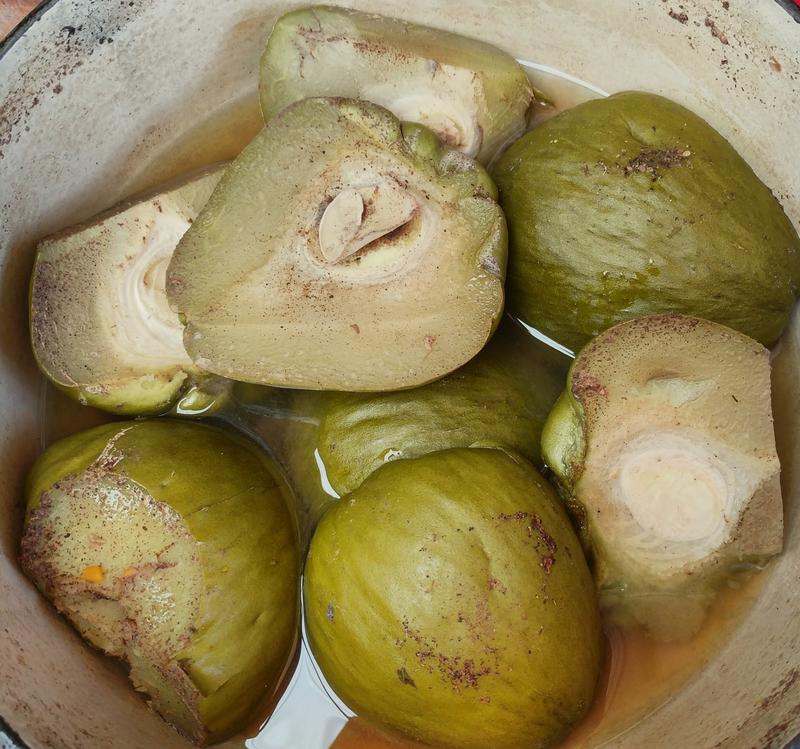 Pool progress is stalled until Janet saves us some more money. If we spoke better Spanish I think we could help out - the next step is landscaping and plant-procuring, which is great fun. 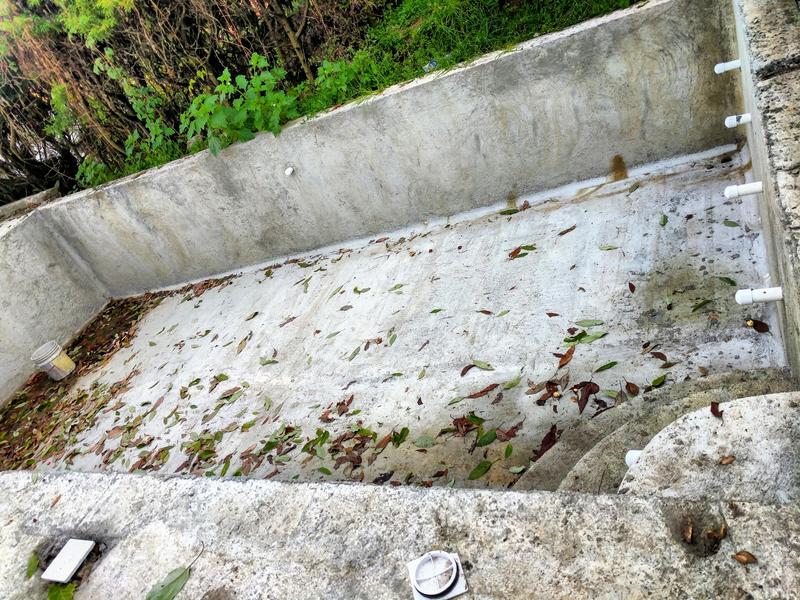