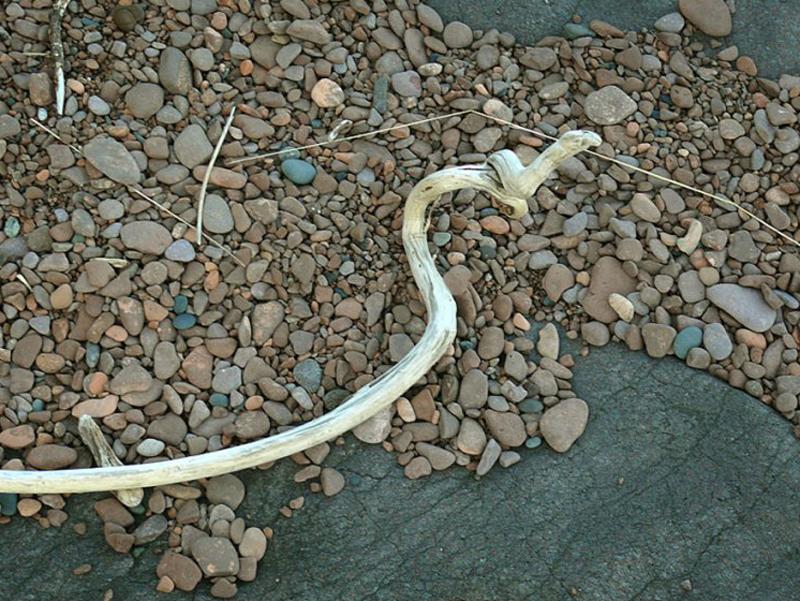 I have ophidiophobia or ophiophobia (fear of snakes). Not herpetophobia (fear of reptiles) since anything with legs is no longer terrifying. Lizards (snakes with legs), for example, are fascinating to me especially when engaging the cats.

But snakes freak me out so much that I have to stick a camera between us to keep from turning to flee. Why was this snake in a decorative pool near the San Antonio River?

While we discussed it, a kinder passerby moved it out with a stick.

You know how when you see a stick lying just so on the ground, you jump back or gasp before realizing it’s NOT a snake, it’s just a stick?

Our amygdala processes this potential threat with a hormones to boost our reactivity. Then our visual processing decides whether it’s a snake or stick.

Turns out, same with our ears!

We were hiking when Phillip, several strides ahead, pointed back to my feet and said, “There’s a snake skin!” And as I gasped and jumped back I processed the “skin” part. 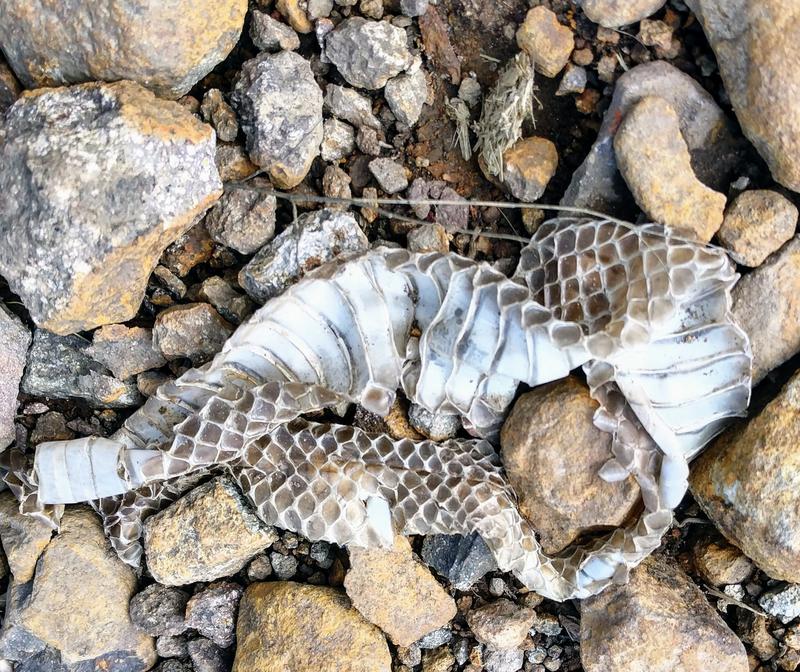 The skin might be interesting, except it means a snake was there, in a place we often hike. We’ve seen a dead one on the road and only one, alive, in El Terreno. But even though I don’t want to interact with snakes, I want El Terreno to be a place that attracts them - as in, a place full of life.

At least they’re safer than the scorpions.

Did i tell you the story about Kalyani and me and the snake in Chapel Hill?

Thanks for that Kalyani memory–I had almost forgotten!

Oh…didn’t she say something about not wanting to be around them? Which seems funny for someone living in India…