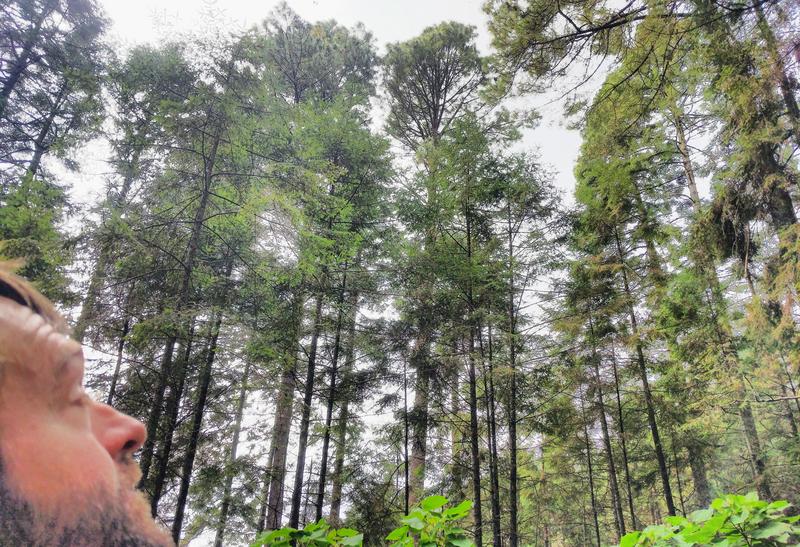 We are wintering with monarchs; we see one from time to time, and when we went to the Monarch Butterfly Biosphere Reserve, we saw millions. There are four public sanctuaries within the Reserve, and we didn’t know how to choose - we tried to figure out in advance which would allow dogs, but no info.

We picked El Rosario, and it was amazing - but our trip to Sierra Chincua 5 years ago was more magical. The number of butterflies and how much they’re moving is totally about timing - but Sierra Chincua is smaller, less commercial and more intimate. But I’m sure you can’t go wrong with any of the 4.

We tried a few times to get to the santuary, and signs like this didn’t help. 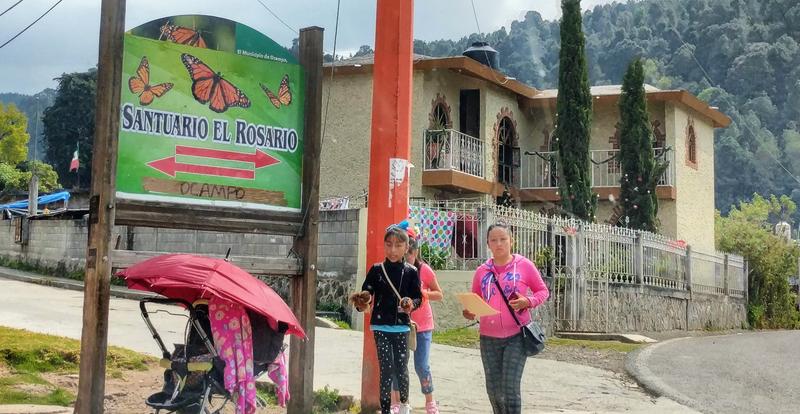 Even though El Rosario is the best-known, most-visited, and should be user-friendly, we managed to get lost between the parking lot and the butterflies. We followed the stone road through the shops and then kept walking on a rocky forest path. We saw small paths in various directions and wondered why we didn’t see any signs. Eventually a man walking through the woods asked us (in Spanish) if we were there to see the butterflies. We said yes, and he told us we were going the wrong way. He explained in a couple ways where we should go instead, but it wasn’t clear (how can our Spanish still be so bad!?)

He finally decided to escort us. Phillip kept us pretty well, but I was struggling! We were at least 2600 m up and the trail was steep. I was incredibly relieved when he stopped, explained something, and disappeared (with MX$100 thank-you).

We saw through the trees some people on a path, and headed that way. As we got to the rope-lined path and crawled through, a guide scolded us for leaving the path. I tried to explain that we’d never found the path in the first place, but I don’t think I succeeded.

For the first half hour I was disappointed, but then the monarchs woke up from their midday nap and began to fly. It was a cloudy day so they never got vivacious. Their clusters don’t show up well in my picture, but they congregate on the trees to conserve heat. 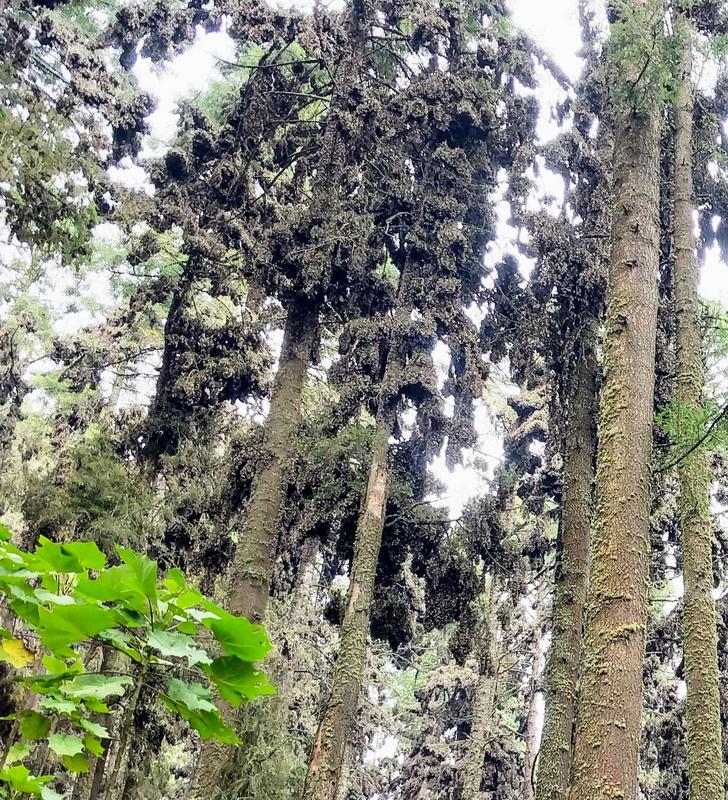 Is that how so many die, in the clustering? Or do they just die of old age? (Which I think might be a couple weeks for a monarch). 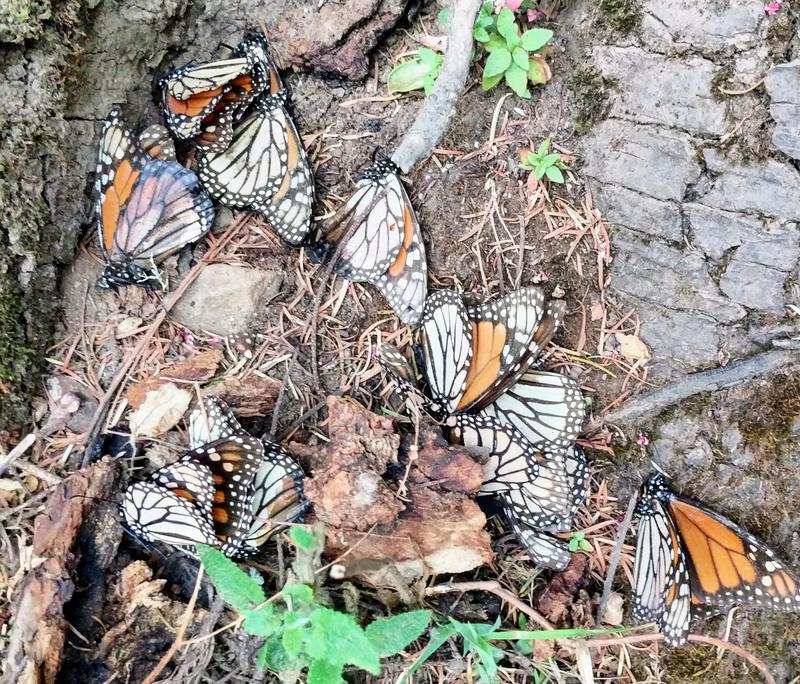 But we were surrounded by millions of monarchs, among staggeringly-high oak and oyamel trees, breathing (hard) fresh air, and it was fabulous. The hummingbird was just bonus.

I wish the video had better sound - the monarchs sound like light rain as they fly, land, fly, land.

We would’ve stayed longer, but we’d been told to leave the dogs in the car. Told by the kids who patrol the parking lot, singing a song about the monarchs for tips, asking for candy and money, etc. Actually the kids wanted to take care of the dogs (for pay, of course!) while we walked, but we knew they’d prefer the car. The kids said we couldn’t take the dogs because they might make noise and scare the butterflies. We tried to explain that these dogs would not make a sound (as long as they’re with us) but really, the kids weren’t in charge anyway.

And since we went into the woods on the wrong path, we never got a chance to ask the official gatekeepers. Who, by the way, charge MX$50 per adult, so the $100 we gave our unofficial guide was exactly the right price.

Everyone else on the path had a guide with them, even though (once on the path) there would be no way to get lost. Concrete ~15 flights of stairs with ropes on both sides. But the guides certainly had monarch insight that we missed out on.

Monarchs are the furthest-migrating (by far!) pollinator alive. We don’t even know all the ways we depend on monarchs. In the meantime, we want to follow their example and winter in Mexico, spring and summer in the US.

Thanks so much for this great report! It was an adventure in several ways! I tried a few times to pause the video so I could get a better glimpse of the hummingbird, but couldn’t quite manage it. Indeed a bonus. The sign with arrows pointing both directions is a hoot, and I expect it’s also accurate?

Yay! Thanks for coming through for me and posting about the monarchs! :) :) :) Having seen the ones who winter in California, I know about the magic. And about how it does NOT show up in photos. The clumps of thousands of monarchs in the trees are so hard to photograph and get anyone to see what you saw… Thanks for this post!!!’