There’s a gas shortage in Mexico and our state, Michoacan, is particularly affected - the majority of gas stations have no gas at any given time. Our impression is that gas is delivered to each station in turn, eventually, but once that tanks-worth is sold, they’re out for a day or so.

We watch a facebook page for info on which stations have gas, and are grateful that we don’t need to drive much. Seriously glad we’re not local bus drivers, who wait in the same lines. (Regional, bigger buses use diesel so they don’t have as much competition for deliveries.)

Sometimes the lines are a mile long, like the one Phillip waited in. We would just use our bikes and wait this out, but we were running out of time to see the monarchs. So Phillip spent about 2 hours finding gas, then at least 3 hours in line for that gas, into the night. Champion!

Sometimes the lines are monitored by police, and the gas deliveries are accompanied by the military.

I expected the shortage would result in lighter road traffic, but we haven’t found that - people are just making it work and the roads are as full as ever.

Including this frightening furniture load. I didn’t get a shot of the side, but the load was twice as long as the truck, and I pray that driver made it to his delivery on these mountain roads. 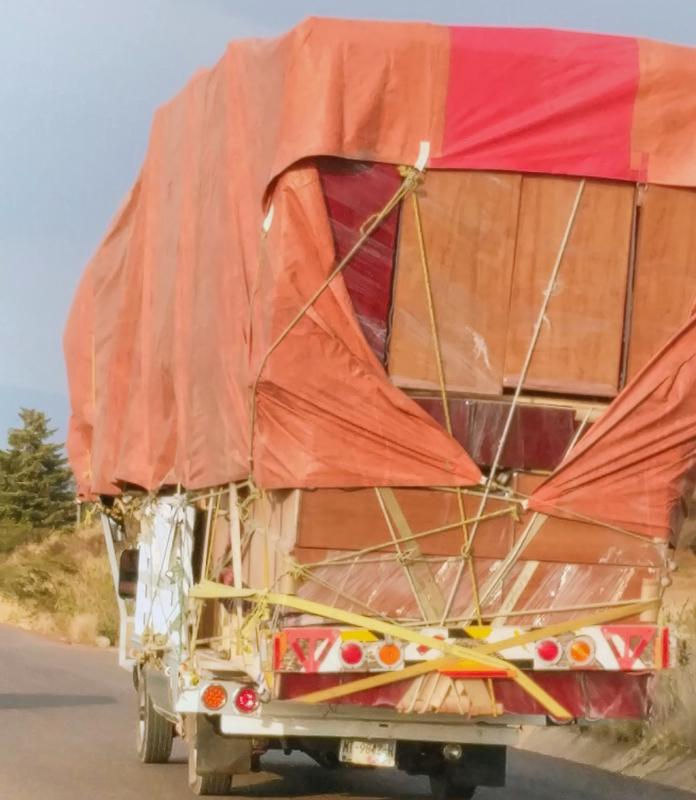 And check out this fun load! 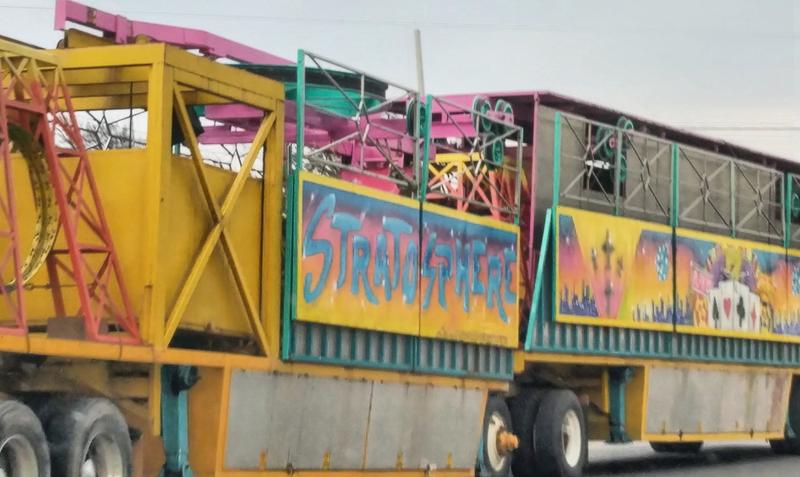 The gas shortage is part of a dangerous crime system which (as usual) hurts poor people. And nearly 70 are dead, over 70 injured, after a pipeline explosion in Hidalgo.* Someone illegally tapped the pipeline, and after hours of gleeful gathering by locals, some spark within the geyser’s vicinity turned the area to flames.

Illegal tapping is the cause in at least two ways. This gas shortage is the result of new president AMLO’s crackdown on illegal pipeline tapping. He closed many of the pipelines so much of the country’s gas is now delivered by trucks (guarded by military escort). Apparently the Mexican government loses billions of dollars worth of gas to illegal pipeline tapping (over 1000 per month) and there have been other explosions - so of course AMLO wants to do something about it.

Since the gas delivery process is slowed down, we’re all dealing with this shortage.

And because the shortage is a big nuisance and makes for alluring black market opportunities, gathering from this geyser of gas was too tempting for hundreds of people in Hidalgo.

I’ve read rude comments saying these people deserved it, since they were being so reckless. But given how few exployment opportunities they have, how terrible wages are, and how exhausting it is to be poor, I don’t think a person’s choice to get drenched by gas to feed their family can be considered in a vacuum.

Others like to blame AMLO, but this also seems unfair - he’s trying to make a horrible situation less horrible, and that never seems to happen without making more messes along the way.

The problem is big and dense, deeply entrenched corruption and crime. This weakens the country and undermines honest leaders. It drains hope and creativity from the people. Over 100 died yesterday and today, I’m confident at least that many people are trying to illegally tap pipelines today. But others, who saw their loved ones burned alive, are reporting taps to Pemex, choosing safety over a little cash.

I’m curious to know about the waiting in line, Phillip: how much of the time did you run the engine? Any idea how much fuel you burned while waiting? Most of the world, including me, is addicted to gasoline. We pay a high price for addictions, some more than others.

You might be able to see from the first picture that about half of the line was downhill. So on that part I didn’t run the engine at all. I was really slow, careful with no power steering or boosted brakes. When I got to the uphill portion, I alternated leaving the engine running every other wait between the line moving forward. That was trying to balance keeping the battery charged and burning gas. A Prius would be so much better for this situation. Five gallons filled the tank, so I don’t think I burnt too much waiting in line. We wanted a full tank to go see the monarchs since we had no idea if we would find gas along the way. The funny thing was out in the middle of nowhere we pulled up to a gas station that wasn’t blocked off with ropes or barriers. The workers were playing cards. We tentatively asked if they had gas, and the said something like “yes, of course.” So we filled the tank again – this time with no wait.

Thanks for the report. That is really funny about finding the gas in the middle of nowhere! Handy that part of your wait was downhill. When I was young, my parents had a ‘51 Chevy. I remember some trips where when we went downhill, my dad would turn the gas off. I don’t know if it really in order to save some, or if it was a way to relieve boredom! It was a standard transmission; he probably popped the clutch to re-start it, tho i don’t remember that part for sure. Yes, that would be such a perfect situation for a Prius! Better still, just go for all -electric and avoid the whole mess!