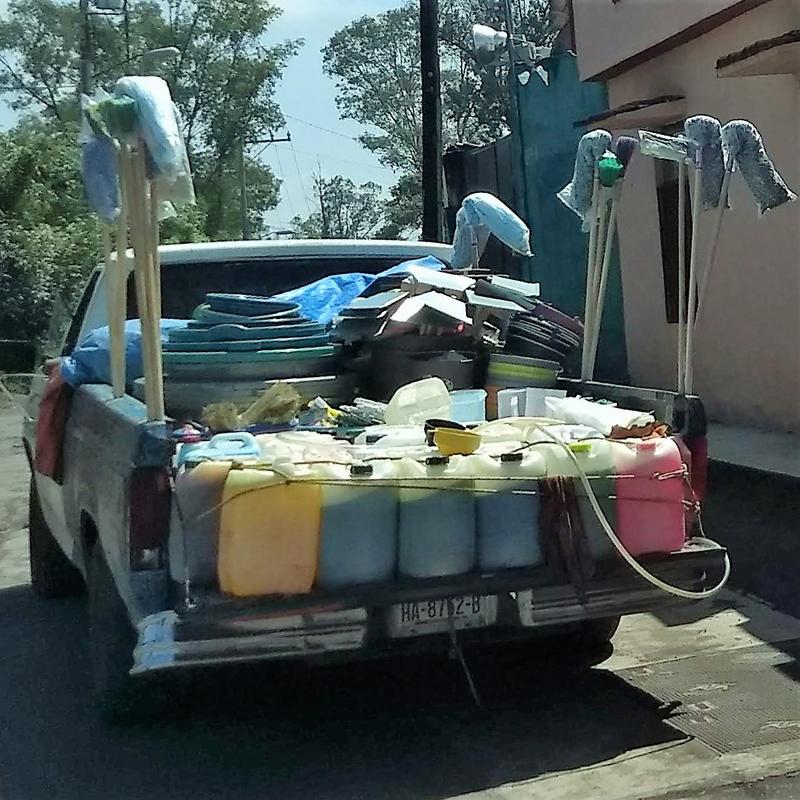 We’re proud of what we haul by bike, but truck burdens are impressive, too.

Water, propane, cleaning supplies and more are delivered door-to-door by truck. Not like the Schwann’s truck, which delivers your order (at least I assume that’s how it works). These trucks simply drive the streets and you holler out to them to stop. Certainly, over time the drivers come to know customers and expect transactions on a specific schedule.

Many systems here depend on someone being home most of the time (also a good way to prevent theft) and I chuckle at how many systems we’ve perfected in the US to not have to interact with people. Pre-arranged and paid-online compost home pick-up, for exmaple.

To get our trash picked-up we have to be here to hand it over and pay. Though in the city we can leave some money under the trash can on the curb, and that seems to work alright. Guess they’re aren’t enough bored kids who want pizza money enough to roam the neighborhood looking under everyone’s trash cans?

The trash haulers sort in the truck as they move through the streets. Without gloves! They should get paid well for that work, but certainly don’t.

In some parts of the city, a boy carries and rings a bell along the sidewalks, perhaps a block ahead of the trash truck, so people know to bring their trash out.

We miss out on some specialized door-to-door services by living in the country. Like the sharpener who bikes up and down the streets and when someone brings out knives, machetes, scissors, etc, the sharpener flips the bike over and uses the wheel to vibrate a grindstone (or has a flip-down piece to make the bike stationary, and pedal as usual).

Our neighborhood is slowly growing, and now the metal collector drives by! We’ll give him our old iron sooner or later; now I’m soaking it in vinegar and water, hoping it will become a dye mordant.

Another door-to-door collection service is the mattress buyer. In the country the walking bell-ringer doesn’t make sense, so these trucks are announced with loudspeakers playing music or talking. I can’t understand the words, but recognize the voice.

Trucks get at least a full life-time of use here, like the tow truck whose gratefully paid $18 (extra charge for our big van).

Eventually, trucks end up in a graveyard, where people still might sleep in them, and blast their radios as they make bricks. 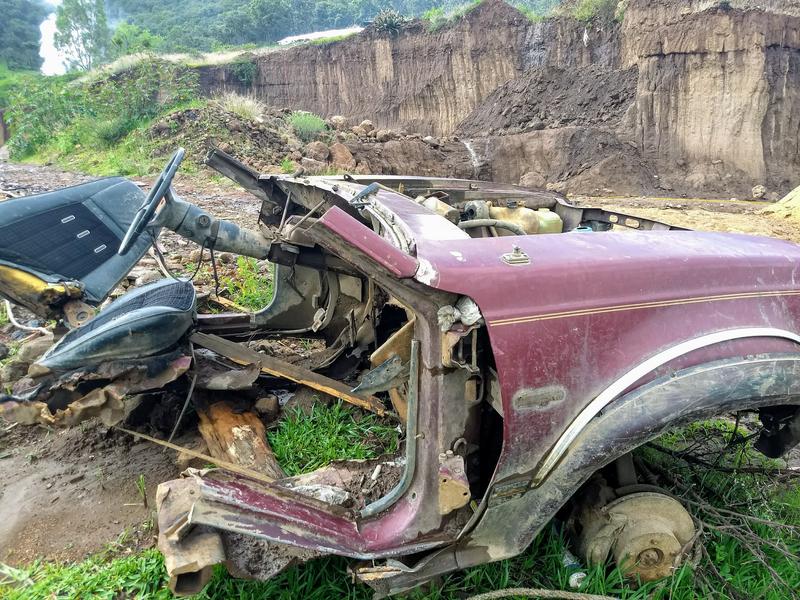