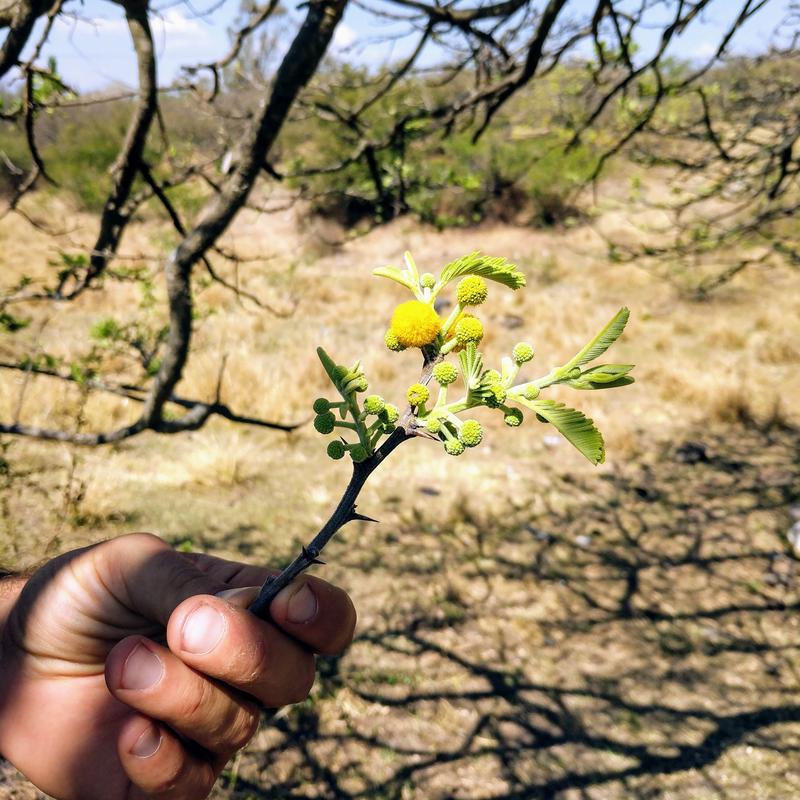 A year ago we arrived in Mexico as El Terreno was deep into the dry season. The only plant that appeared to thrive after months without rain was the thorny acacia. Indeed, the wildfires two weeks ago took NO toll on these bushes. Thorns are part of dry season survival but add to the season’s brutality.

Though even the thorny tree brough sweet shade on our last walk with all the dogs we’ll miss the most.

This ceiba tree’s thorns are completely different than sweet acacia, but it’s one of the healthiest trees in El Terreno these days. 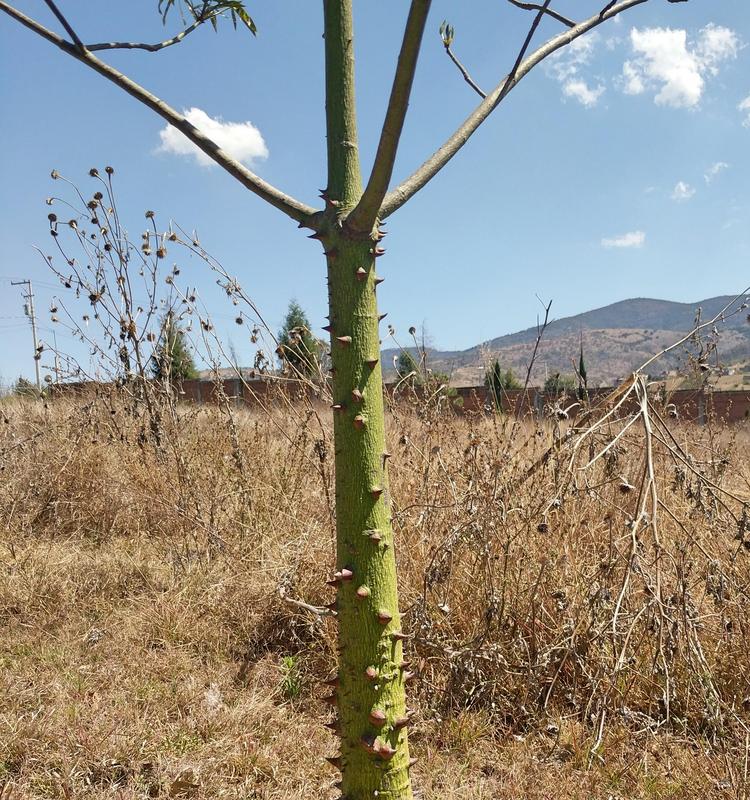 Okay, no thorns on these erigeron pubescens, but they’re tiny for survival. Remind you of chamomile? It’s in the same family, but a different tribe - but while the “real” chamomile suffers in the dry sun, these minis carpet El Terreno in two spots. They’re called mazanilla (chamomile) cimarrona (bighorn?) and can be uesd like chamomile as a stomach-soothing brew. 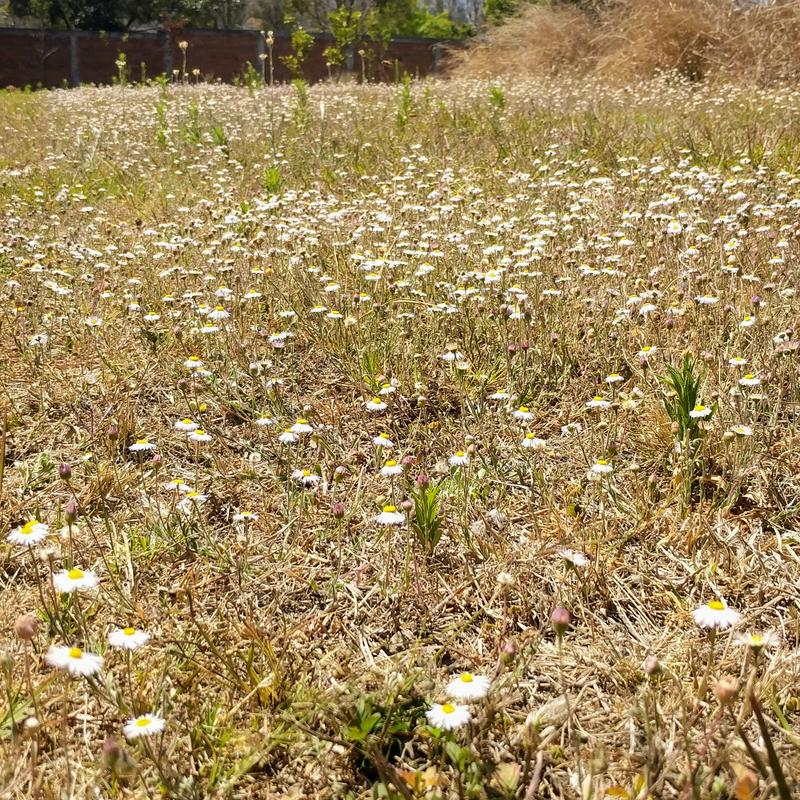 Some of Stan’s trees died this dry season, though Phillip faithfully watered twice/month. It’s probably about soil/rock and other invisible factors, since one lime tree died while the next, 3 meters away, blooms.

What will El Terreno look like in the dry season after a few years with swales? 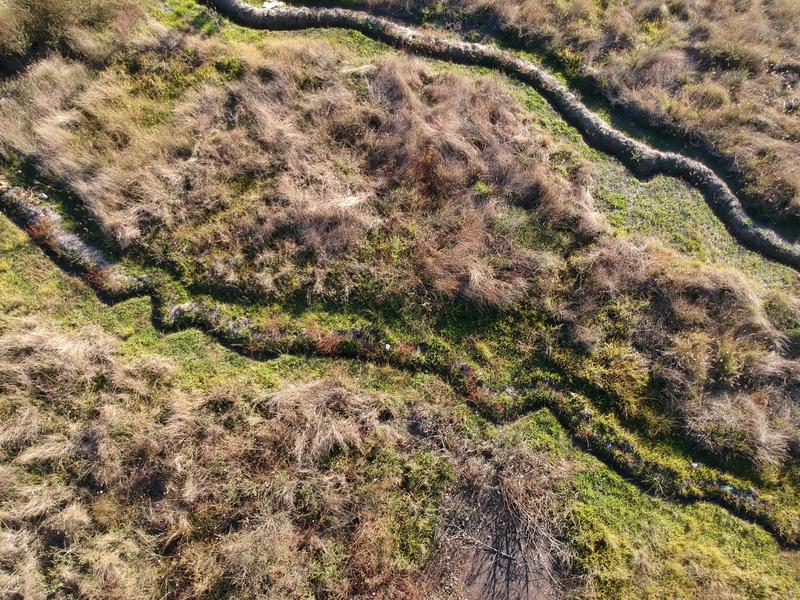 *We celebrate the life of uncle Francois today