Isn’t it a gift to return to “normal” life and be grateful for small blessings? 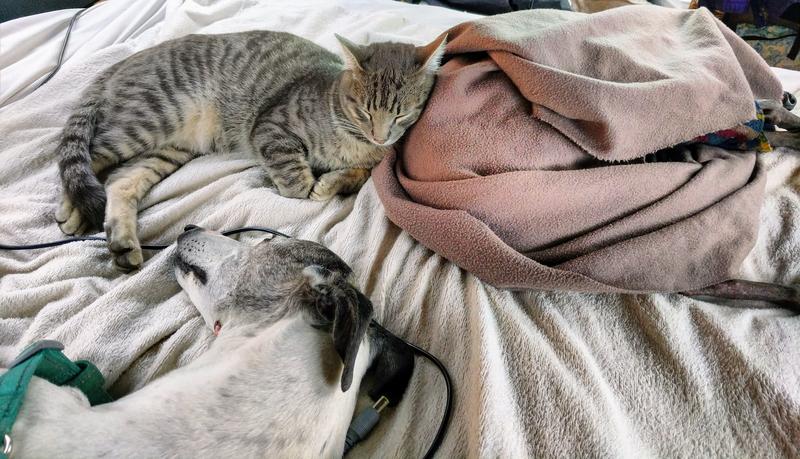 For me, it’s a bed that we all fit in, and that Max generally can get in and out of without help.

With Fly gone, half of us moved back to El Terreno to keep Gris company. Certainly cats are more independent than dogs, but an 8-month-old kitty is not happy living alone on this 1.5 acre. 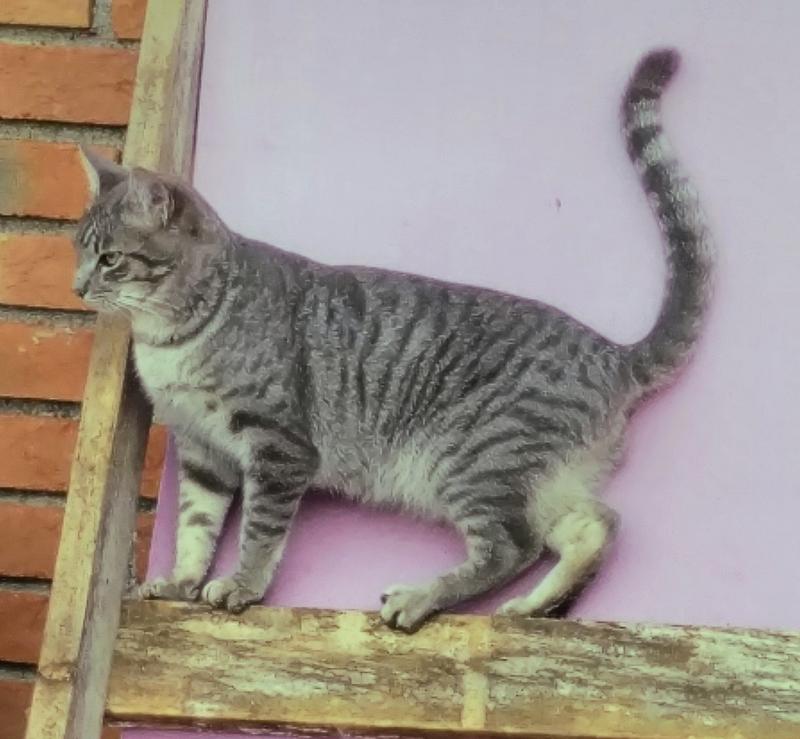 Especially because when we moved back Sunday, we found a large wound on the inside of one of his back legs. Looks like something chased him and got ahold of him. (Looks worse in real life, but we didn’t want to move his fur around for a photo shoot!)

The rest of him looks okay. I had spent most of Saturday with him, so we know when it happened. But not where - the shed is dog-proof, but could a mean cat be after him? They might be coming for the food, which they’re not finding elsewhere. Phillip reinforced the fence along the horse farm, since one of their dogs comes over sometimes. (Torce, Tostada and Guayaba chase, but don’t catch.)

Gris was quite relieved to limp into the van upon its return and sleep in safety, and now we have a special Gris-only section in the front. I swore I’d never have a litter box in the van, but it was easy to change that plan.

Our dogs could get into those spaces going over the seats, but ours won’t bother.

We keep watching and listening for the stealthy Fly, but each day that goes by seems to seal her fate. Maybe whatever bit Gris got her? But when we were in the US for a month they had no injuries at all - it’s a mystery.

Oh the sacrifices we make for our beloved dependants! I miss Phillip, but we’ve both been tense and mopey, worrying about the kitties. Good to help Gris hold down the fort. (Cuddle photos taken before injury, he’s not up to sprawling like this quite yet.) 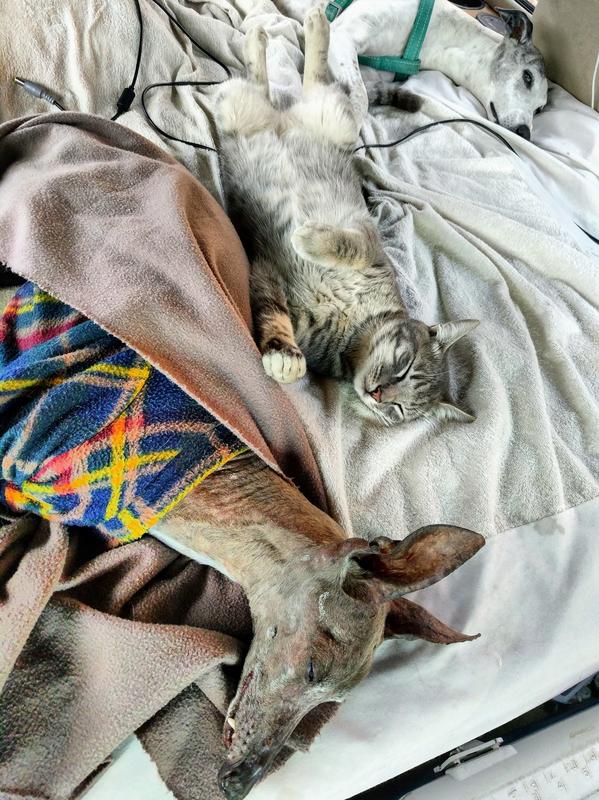 Oh thanks! He was checking out Phillip’s newest creation - which is in action now - gotta write a blog post about it!